New shoes for the Sport hatch 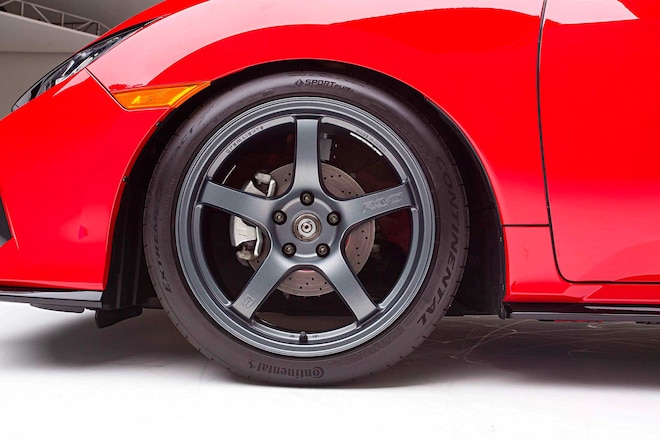 Up to this point, our Project Civic Sport has seen some minor engine upgrades that include an intake, exhaust, and intercooler, along with Hondata's C.A.R.B.-legal FlashPro plug-in. The results, as seen in previous installments of this series, have been impressive, to say the least. With the improved driveability and newfound torque from Honda's turbocharged 1.5L, we headed over to Eibach Springs for its new coilover kit, which the company had already gone deep into development with. Improved handling and a lower stance were welcome additions to the Civic Sport, but they also reaffirmed the notion that we really needed to find a new set of wheels and tires, not only to separate us from the masses, but to put a little more rubber on the pavement as well.

Civic hatchbacks of the past have proven to be some of the most highly modified chassis in existence. Street, show, drag, Time Attack, and even lowrider-infused versions are virtually everywhere. With the latest generation just emerging, and our staff not having enough time to try different wheel sizes, we took a few measurements, tossed around some theories, and took a semi-educated guess as to what would fit properly to give us a bigger footprint and, of course, look good doing it. In addition, the goal was to fit wheels and tires under the arches without issues of rubbing and because this isn't our car to keep, we didn't want to modify the factory fenders at all. What we ended up with was an 18x9.5 +38 wheel and 245/40-18 tires. 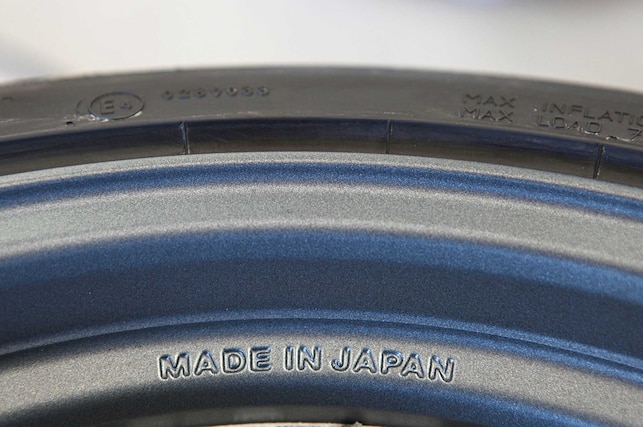 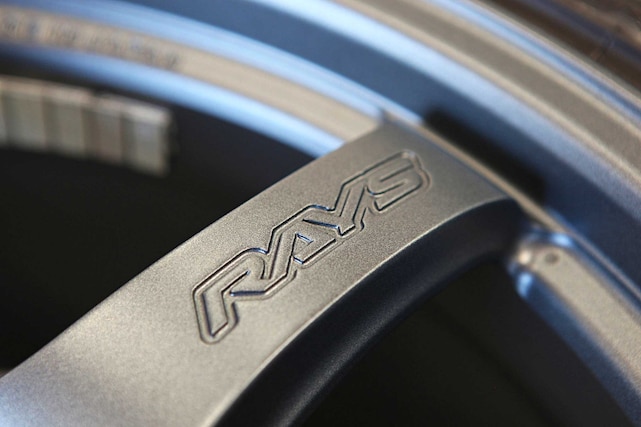 Photo 3/8   |   Rays Engineering logo engraved into the spoke of the Gram Lights 57CR so you know it's the real deal, not a knock-off.

Since 10th-gen Civics rely on a 5x114.3 lug pattern and are already fitted with 18-inch wheels from the factory, owners have quite a few wheel options available. We immediately reached out to Mackin Industries, the exclusive distributor of Rays Engineering wheels (among other top Japanese wheel and accessories brands) in the U.S. The staff at Mackin suggested Rays new Gram Lights 57CR, which is available in both Glossy Black and Gunblue 2. Though we liked the stealthy black finish, the Gunblue 2, which looks like a matte gray finish with slight hints of blue at certain angles, spoke to us, and we had to have them. In a 9.5-inch-wide +38 configuration, the classic five-spoke design features a concave face that gives these wheels an aggressive character—something we feel the almost innocent-looking hatchback was in dire need of. 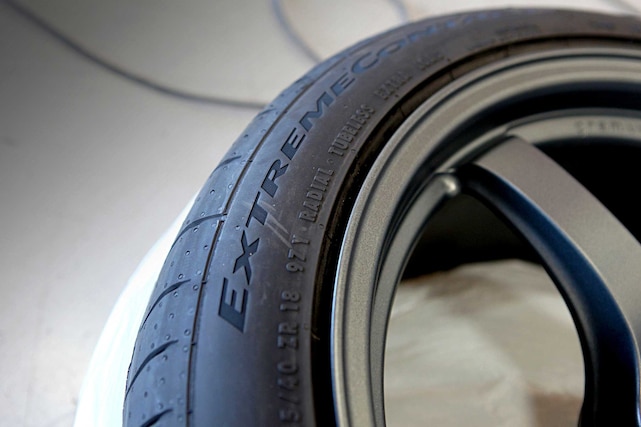 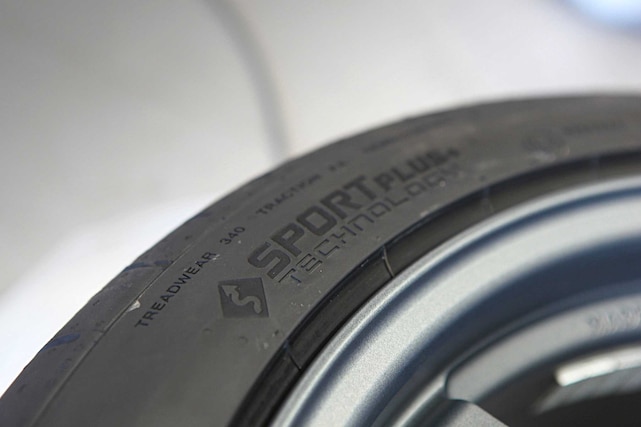 Photo 5/8   |   Having used Continental Tire's ExtremeContact Sport during our '16 Tuner Battle Week track event, we were already sold on the SportPlus Technology, their awesome grip, and ability to take abuse without complaint.

A wider wheel meant wider tires, and the timing couldn't be better, with Continental Tire recently releasing its new ExtremeContact Sport. We were already familiar with this model during its early stages since we had the pleasure of abusing multiple sets before they were officially released, during our Tuner Battle Week event series in late 2016, which provided every competitor with a fresh set. After a full day of pushing Continental's SportPlus Technology to the limits during competition, we, as well as the competitors, were very impressed. As an ultra-high performance street tire that offers good wet-condition grip, excellent dry handling ability, and solid tread life, it's the ideal tire for a street build that will see some track time, just like this build. 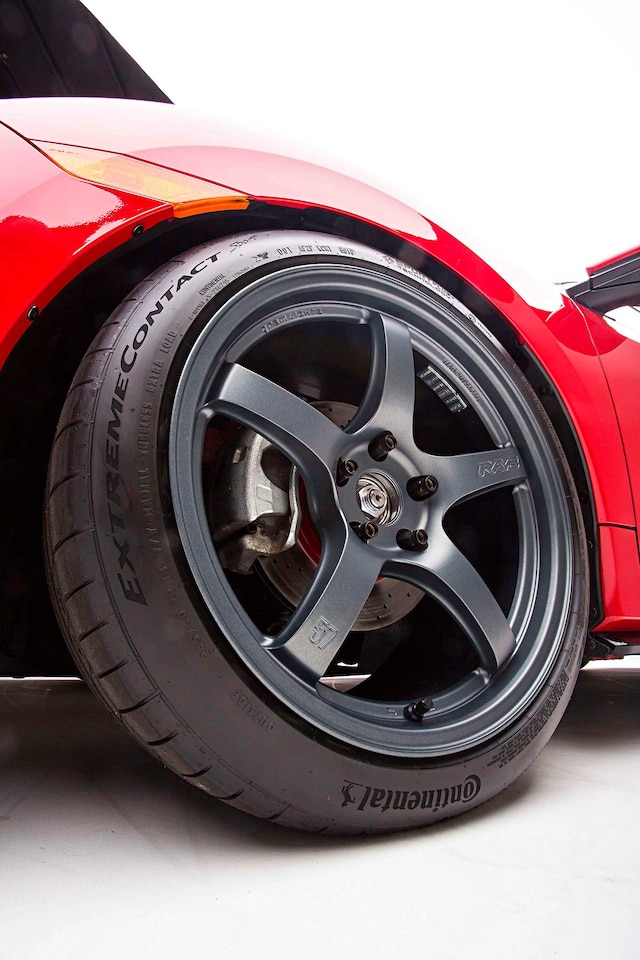 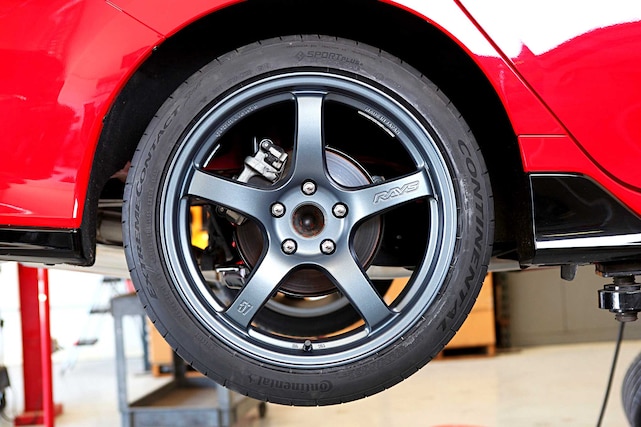 Photo 7/8   |   A look at the 57CR mounted to the rear of the Sport hatch and, no, we didn't use the stock lug nuts beyond the test fit and you shouldn't either. Always use lug nuts with the proper seat for your aftermarket wheels, like Muteki's SR35.

With the tires mounted and the initial test fit, the front wheel and tire package cleared without issue, and we could probably eek out another few millimeters of offset without any issues. In the rear, however, we did introduce a little bit of negative camber via the SPC adjustable rear upper control arms to get the rear tires back inside the quarter-panel. Back on the ground, the car's overall look is completely transformed with the new ride height from Eibach, Mackin Industries' suggested Gram Lights 57CR rollers, and Continental rubber giving it a much more aggressive stance. Before you say it, we didn't use the OEM lug nuts beyond the mock-up since they don't seat properly with aftermarket wheels. Instead, we opted for a set of black Muteki SR35 Super Tuner lug nuts.

Next up are some HFP and OEM optional pieces and then, finally, an overview of the entire buildup with detailed pics. Stay tuned! 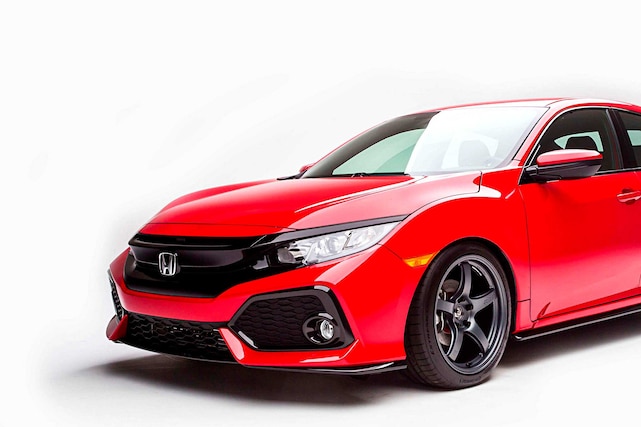 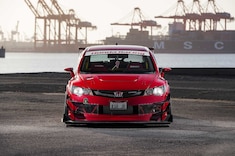 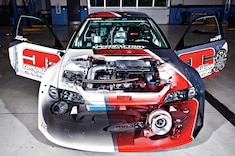 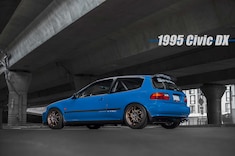