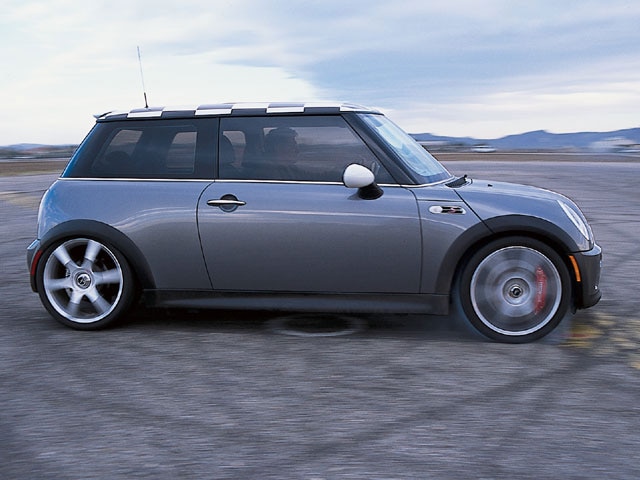 Our Project "Street" MINI Cooper S is a daily driver that's given its owner all the driving pleasure he expected. No problems have been reported over the past several months of ownership, and the current upgrades have enhanced the fun with little or no compromise. In spite of the old, "don't try to fix what isn't broken" saying, we are taking the car to the next level. Call us crazy, call us silly-we believe the payoff will be worth it.

The technicians at evosport have been especially helpful with our Project 325is and Project M3, and we called on their services once again for Project MINI. As I write, they are getting their hands dirty installing what should be a significant power upgrade from Mini Mania. When completed, the car will be re-dynoed using evosport's Dynojet as done earlier. I will report those figures in the next installment.

In the meantime, we procured a short-shifter kit from Rogue Engineering, which evosport also installed. This unit, which is shaped like a chess pawn and the size of a bishop, attaches to the bottom of the factory shifter to lengthen it. Using the factory lever with the short shift kit is smart. "Our short shifter reduces only the forward-backward throws by 20% and does not change gear spacing between gears as they are pretty close already," said Rogue Engineering's Ben Liaw.

The Rogue Engineering short shifter, made of 12L14 steel, is CNC machined and oxide-coated black. Since it doesn't replace the entire shifter, the shifter is also much easier to install than most other shift kits. However, removal of the exhaust system is still required to access the mechanism.

Using the factory lever, the Rogue short shifter helps keep the shifting in Project Street S MINI smooth and factory-like, without excessive notchiness or stiffness. Additionally, the stock shifter height remains unchanged. For just $60, this modification provides quite a bang for the buck. Rogue Engineering also carries a full line of other performance products, including drivetrain, intake, suspension and braking upgrades for the new MINI Coopers. Visit its Web site for more info.

Looking Back
Last time the Supersprint and Magnaflow cat-back exhaust systems were tested and registered surprisingly small gains. We were also stunned at how little the horsepower figures we measured at the wheels differed from the horsepower figures published for the stock car. However, we did not realize the possibility for the ECU adapting to the Magnaflow exhaust during the time the car was running around with it, prior to the test. This was possibly the culprit to the high baseline numbers when the car was tested.

While our own test results were close to Supersprint's own data for its system, which it provided to us before the test, Magnaflow's tests of its system provided very different results. After seeing our results, Magnaflow suggested that we should have allowed at least 50 miles or so of driving to let the ECU adapt to each exhaust system before testing it on the dyno. So, in fairness to the Supersprint and Magnaflow exhaust systems, we will again test them using a more-involved procedure and see if any additional power is really there. Stay tuned.