Project 135i, GTI, and Project Silverstone - Our Cars

An Update On Our Cars And What We've Been Doing To Them. 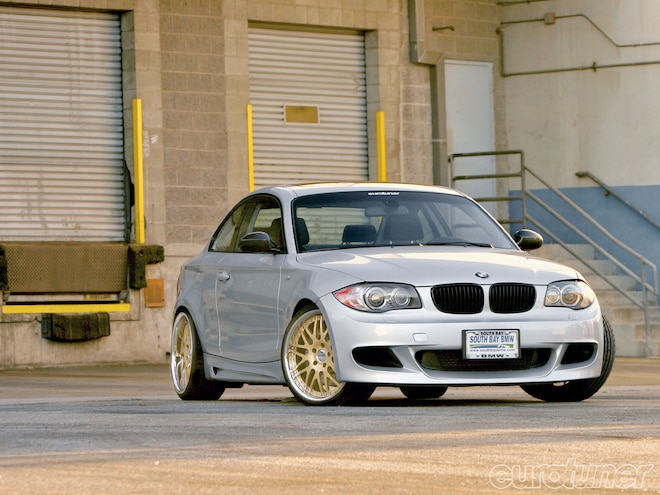 Project 135i
With a tear running down my cheek, we waved a sad farewell to our faithful BMW this month. Loaned to us for a year, we managed to stretch it out to 20 months before it was cruelly pried from our grasp. 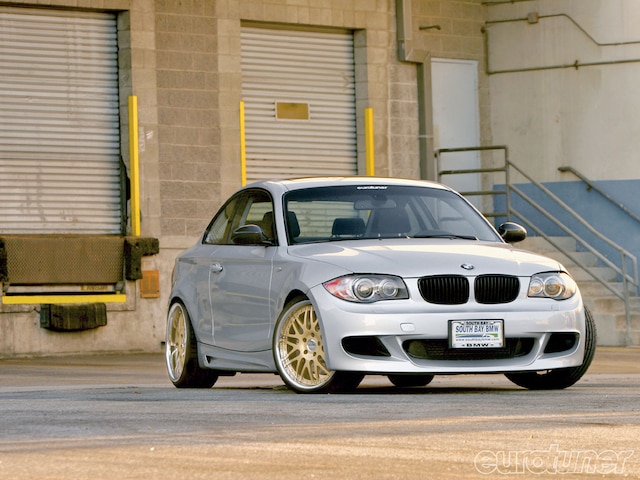 The good news is, we finally found engine software we were happy with and we'll have a round-up of all our mods and a dyno session in a future issue.

Since the car belonged to BMWNA, we were hesitant to add software without assurances it wouldn't invalidate the warranty. There are rumored to be trap doors in the stock software that senses modifications and alerts the dealer during servicing. However, the new GIAC program is said to overcome this, so we went ahead and installed it.

The results, incidentally, were phenomenal. On light throttle it was unobtrusive but when you got on it, the tires lit up. Our 135i went from a fast, 5.0sec, 300hp car to a rocketship. It had supercar performance. We were definitely impressed with the results and noted it didn't adversely affect the 135i's wonderful engine characteristics at all.

We'll have more info later but we'd like to thank the team at GT Pro in Fullerton, CA who removed our H&R coilover suspension and the BMW Performance exhaust. We also owe a large drink to Derek Vieira from South Bay BMW who helped remove the BMW Performance body kit, interior carbon trim, drilled rotors and the datalogging steering wheel in his own time. He didn't get done until 5am and all we gave him was a pizza and energy drinks!

A huge thanks to everybody who helped construct and dismantle the BMW. The 135i remains our favorite tuner car on the market at present and we miss it already. But hopefully there's a replacement on the horizon... - Greg

Project TDI
It's official. Our '09 VW Jetta TDI celebrates one year of driving and surviving the abuse of the et staff. Being our first turbo-diesel project car, we were eager to tests its fuel mileage and durability over the course of '09. The Mk5 has been an incredible asset to our team and we've piloted the Jetta to Northern California, Nevada and all over for events and races. We've logged a steady 16000 miles and are happy to report no problems, complaints or disappointment.

One recent change that took place was the removal of Euro Sport's intake; ITG cone filter and metal intake pipe (et 6/09). After testing it for a few months we returned to the stock airbox because we felt it might be sacrificing some fuel economy with rather little gains.

Stay tuned for a future issue where we will try out some new software for the 2.0 TDI. Several chip tuners are developing programs at present, so we hope to bring you the results soon.

We currently have some software on the car that will be unnamed. It gave some increase in the mid-range but lost up top. The company wants to make further adjustments before it's released.

What's interesting is that while the software seems to have increased our fuel consumption in city driving to a disappointing average of about 25-28mpg, Justin reported an improvement on the freeway. We assume this is because it's over-fuelled in the mid-range to make the torque spike, but is lean on part-throttle. Either way, he got more than 50mpg at a steady 70mph on a long run, which is a pleasant surprise. - Greg/Sam

Project Silverstone
After two years rolling on Hartmann Lambo Gallardo replica wheels, I've decided to return to Silverstone's roots and re-mount the 19x8.5" BBS LMs. Battered by curb rash, I had the wheels polished by The Wheel Supply in Walnut, CA.

New tires were also in order, so I decided to go with a narrower tire to eliminate some of the rubbing problems. One of the best tires available in 215/35 R19 was the Toyo Proxes 4 - an all-season ultra-high performance tire.

The tread compounds is claimed to offer good performance in the dry and is well suited to wet conditions. Of course, driving in Los Angeles I wasn't too concerned about its rain manners, but it's reassuring to know it's there. This is also perhaps one of the quietest tires I've driven thanks to multi-wave sipes.

Performance-wise, these rubbers don't match an ultra-high performance tire like the Conti Extreme DW, winner of our tire test (et 12/09), but they do hold up well in everyday city driving and the occasional spirited canyon run. The size I needed also limited my choices, but these Toyos stretched perfectly for the best look I could hope for. - Sam

Project 135i, GTI, and Project Silverstone - Our Cars
Photo /