Rad Industries finishes up its Mark IV, gets her dynoed and shaken down, and then heads to Florida 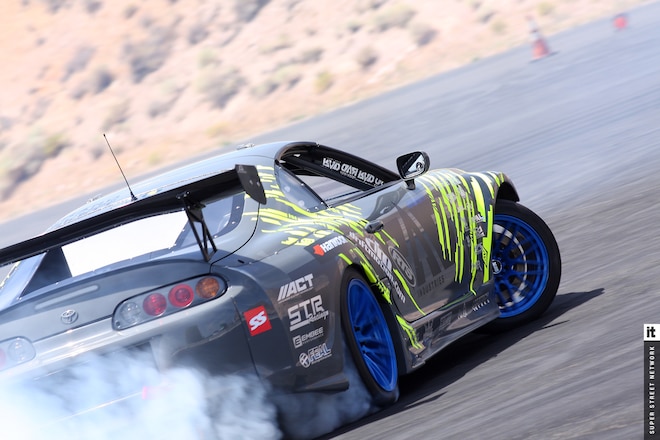 This is the end - at least the end of our story arc following "Rad" Dan Burkett and his Rad Industries team as they put together their Toyota Supra Mark IV to compete in the 2015 Formula D (FD) Pro 2 Championship. As we write this, the crew is in Orlando, Fla., for Round 1, so in some ways this end also marks a beginning. Eyes on the prize, Dan now shifts focus from constructor to driver.

This final chapter looks at finishing touches that include critical pieces to the drive train and body, as well as a few other important details. The car goes to get tuned, and then we follow the team to testing before they all head off to the East Coast from their home base in Santa Ana, California.

If you haven't yet, click the links to see how this epically beautiful machine came together. We'll hopefully do justice to the car's looks in a vehicle feature for Super Street magazine that is already in the can, we just need to schedule its publication and write the story, so keep your eyes out for that. And we must thank Dan, his wife Renee, and the entire Rad Industries posse for having us out, giving us great access to most involved in the build, and in general the warm reception they extended to us every step of the way.

Some of the last bits of hardware to come in happened to be among the most critical, namely the prop shaft and axles from The Driveshaft Shop (DSS). The holdup as we understand it was due to the custom nature of the driveshaft, a lightweight aluminum number that had to be tailored to fit between the G Force GSR transmission and Winters quick-change rear, both obviously not native to the Mk IV chassis. Also worth noting, those axles come with higher spline counts, which necessitated compatible hubs. Both driveshaft and axles are racing spec, engineered for abuse. 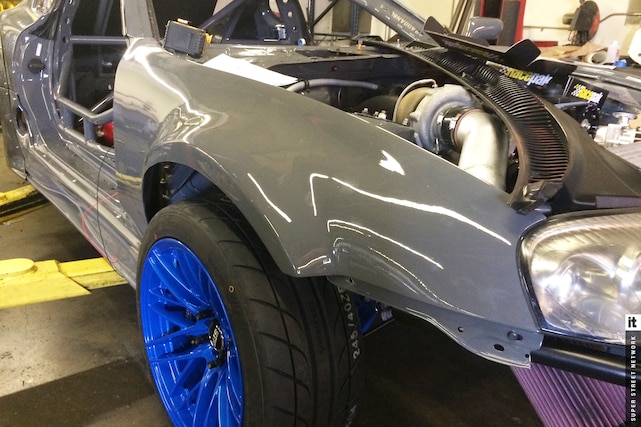 Chance Jespersen of Lovely Idol finished up the forward flared fenders and they came out magnificent, especially after color matching by Kings Auto Body. With more room up front, Dan can now run wider rims and meats, critical for maximizing front grip. Plus, they flow nicely with the Shine Auto Project body kit on the rest of the car.

Formula D mandates OEM lighting, both heads and tails, and also expects competitors to run a front brake light, primarily so the judges can see when a driver is braking. LED strips, 36 inches in length and sourced from VLEDS, are to be mounted at the base of the vehicle roof at the top of the windshield. 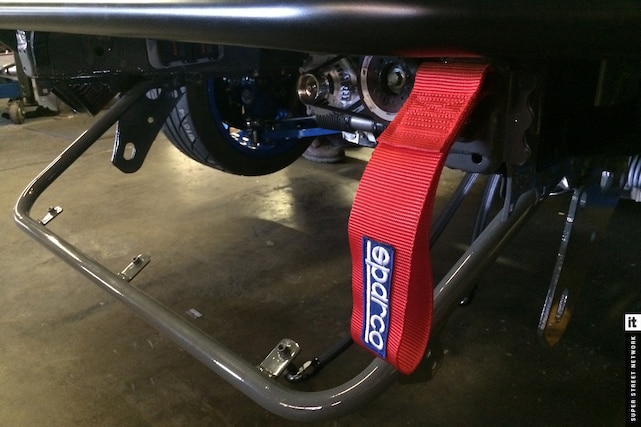 FD also says you have to have tow hooks or straps at the front and rear of the vehicle, to pull you out of trouble if the need ever arises. Burkett's Supra rocks Sparco straps.

The neon livery came from the mind of Renee Burkett, who happens to have a background in design. The shock of color stands out nicely against the cement background and incorporates all of the sponsors' logos. 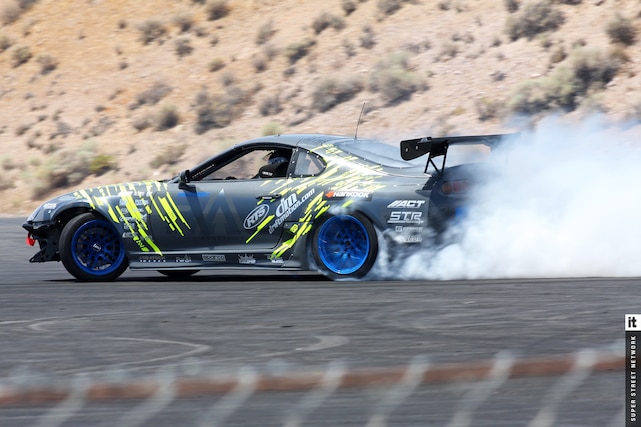 FSR Motorsports handled the tune, getting the Supra to produce some 700 horsepower from the rears, and then it was time for Dan to get behind the wheel and get comfortable flinging around his new beast. For this, he hauled the car out to Willow Springs International Raceway in Rosamond to use the facility's Balcony skid pad (site of many a Top Drift pro-am contest). Everything was scrutinized - from tire pressures to engine temperatures - in anticipation of the rigors of competition. Finally, the moment of truth - after months of building and prepping, Team Rad Industries made the cross-country trek to the short oval at Orlando Speedworld for Round 1 of the Pro 2 series. With hopes high, Dan gave it his all, but misfortune struck the team in practice as he had an encounter with the wall and wound up smashing the Supra pretty good. But all was not lost; many in the Formula D paddock pitched in to help the team get the car up and running, and Dan was able to make it out for his second qualifying lap.

Sadly, his score was not enough to make the cut into tandem eliminations, and so Dan had to watch the competition from the sidelines. But he remains resoundingly positive, looking ahead to Round 2, which will be at Evergreen Speedway in Washington on July 24 and 25. After spending months with the guy, if we've learned anything about Dan Burkett, it's that he won't be denied; he's tenacious, and ready, and we have every reason to believe he's going to come out swinging in Seattle.