We visit 034 Motorsport to follow the long block assembly in the first part of our Audi 2.3 turbo motor build-up for the Top Shop Challenge. 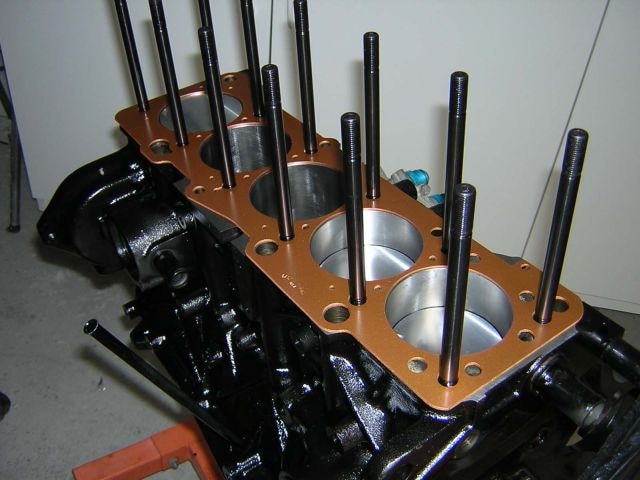 The call rang out for the Castrol Syntec Top Shop Challenge like the start of a street brawl on the streets of LA. First there was whispering from spectators about whom the bout would be between, then the gorilla-like chest pounding from the participants who were cocksure of themselves in an attempt to torment the underdogs. 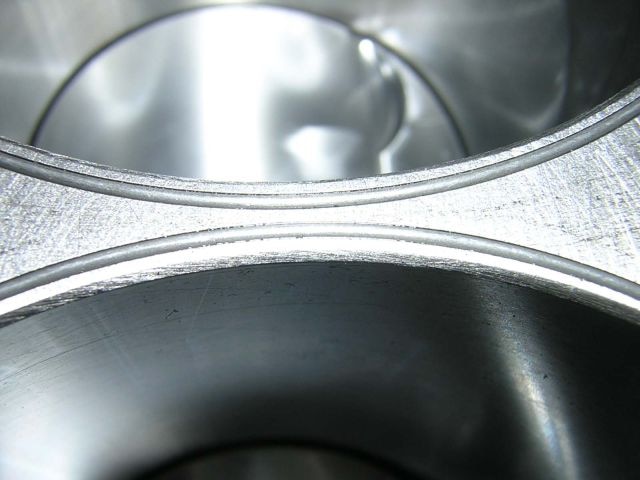 If this were an actual bare-knuckle contest rather than an engine build-off, we could send in Eurotuner, the crowd favorite, to clean house. First we'd warm up, and then hydrate in the pub for a couple hours. Shortly after, we would open with an assortment of upper cuts, triangle holds and arm bars, followed by our signature face slaps, noogies and wedgies. 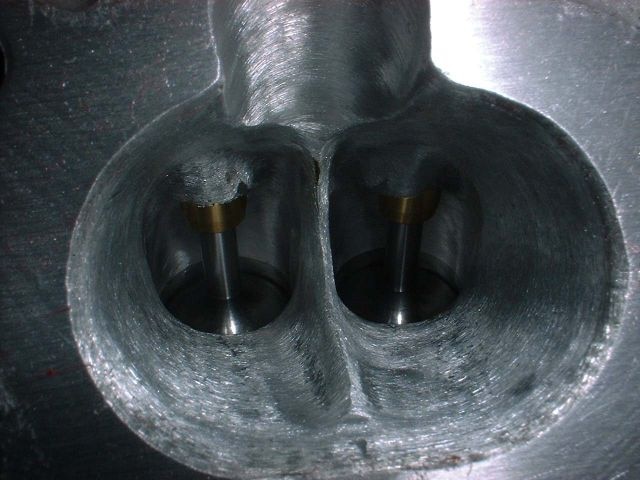 In reality, the seven magazines would be represented by seven tuners in the quest to build the ultimate high-performance engine.

We introduced the Castrol Top Shop Challenge last month (et 4/08), explaining the rules and outlining our competitors. Basically, we must build a better engine than the import (Super Street, Import Tuner, Sport Compact Car, Modified and Turbo) and domestic (Lowrider) magazines within our Group. It seemed like a cakewalk, except they'd be using a variety of VTEC, Evo, Supra and big block motors. 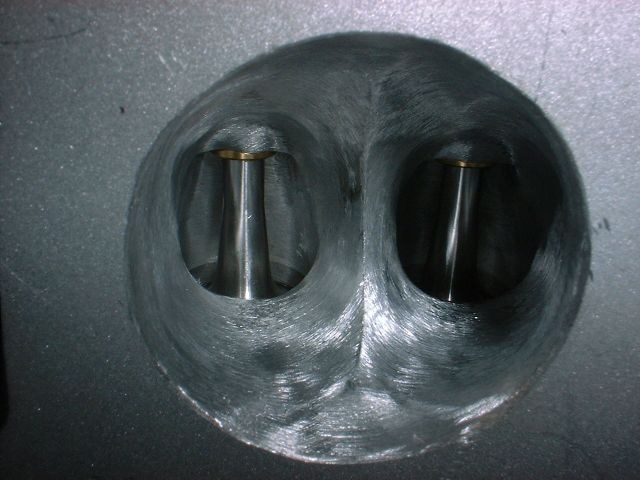 Being the only Euro magazine, we threatened to use a twin-turbo six liter engine for an easy victory. But every Ferrari Enzo owner we approached either laughed or called security. An Audi motor would suit us better anyway...While some may feel we're the underdog, we have high hopes after 034 Motorsport agreed to build us an engine. These guys don't mess around and are determined to win.For those who don't know, "034" are the first three digits on every Audi five cylinder engine number. So our chosen motor is the 2.3 liter 20v five cylinder that powered the '90-91 Audi Coupe quattro. However, the engine will make its way into a 10v Audi 80 chassis for testing. In terms of durability, the bottom end comes from the factory with an iron block and forged steel crank. So 034 performed a small overbore to clean up the cylinders, raising the displacement from the stock 2310cc to around 2340cc. 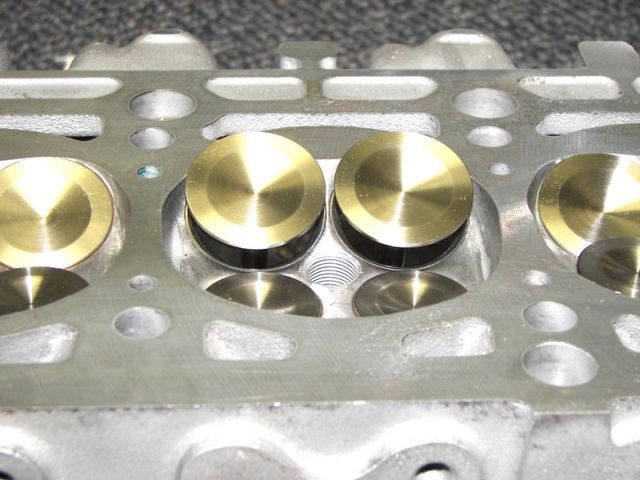 Handling the high cylinder pressures and subsequent heat are forged aluminum JE pistons. These are modeled from a factory slug but are dished to reduce the compression ratio from a factory 10.3:1 to a boost-friendly 8.5:1, given our 100-octane limit.

The factory five cylinder turbo motors were actually 9.3:1 but our motor was technically the 7A - almost identical but normally aspirated. Since we'll be spinning the motor to around 9500rpm, a set of forged H-beam connecting rods from Scat handle the high tensile load. Forged in China but machined in the US, the $600 chromoly rods are a bargain compared to the alternatives and have withstood serious power in 034 tests. The rod and main bearings are OE but have been covered with a special coating to prevent engine damage in the event that the oil film is compromised.

Keeping the motor together are stock-sized ARP main studs, which are a beefy 11mm thick. These are ordered as raw hardware from ARP and assembled at 034 because they've experienced problems with off-the-shelf studs in the past. With the rotating assembly spinning so fast, the rods (which are also balanced end to end), pistons and crank have been balanced to within 1gram. Everything else (including the flywheel and crank pulley) was zero-balanced to eliminate the need to rebalance the entire assembly when swapping parts.

The top of the block has been O-ringed at 0.005 proud (indicating its height above the surface) for a better seal. Sitting on top is 034's special multi-layer steel (MLS) head gasket, sandwiched by copper that's dug into by the proud O-ring for an even better seal around the combustion chambers.

The MLS gasket is also rubber-coated to seal against oil and coolant. The steel layers are so thin that when the head is torqued down, the O-rings push through them as well.

When it comes to the cylinder head, Audi gave us a good start again with four valves per cylinder. But 034 overlooked nothing. To cope with the higher rpm, there's a solid lifter conversion, titanium valve spring retainers and high-rate valve springs, which are well suited to the high cam lift as well.

According to 034, this cylinder head would be good for up to 12000rpm, assuming the bottom end held together.For improved air flow, the stock valves were replaced by a custom set of stainless steel valves that are 2mm oversized on the intake for improved flow. They're also nitrided for durability. The inconel exhaust valves are 0.5mm larger to improve flow and withstand the extra heat.

The 034 crew also ported and polished the intake and exhaust ports. Coupled with the increased valve diameters, this process significantly increased the flow potential. In fact, after testing on a third party's flow bench, the head now flows 25% better on the intake side and an impressive 35% on the exhaust side.

In order to retain a favorable power band for the testing to come in the Top Shop Challenge, 034 decided not to get too radical with the cams, settling for Belgian 268˚ Cat sticks for both the intake and exhaust, with 11.2mm lift and an adjustable lobe center from 110-120˚.

Although not extreme, these profiles represent a significant improvement over the stock 224˚ Audi camshafts that only offer 10.5mm lift on the intake valves and 213˚ duration, with 9.6mm lift on the exhaust valves.As mentioned, 034 isn't playing around. In fact, a built long block like this would set you back about around 30 big ones!

Stay tuned to future issues where we'll see what 034 will use for fuel, ignition and the fun part - turbocharging. There's currently a debate between the Garrett GT42RS, GT45R or GT47R dual ball-bearing turbos. The one that provides the best power curve will be fitted. Oh man, the import and domestic teams don't know what we're about to unleash upon them!

To find out more about the Castrol Syntec Top Shop Challenge and vote for your favorite builder (034!), log on to www.SyntecTopShop.com 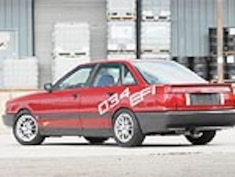