It runs, drives, and goes to a GM dealership?! 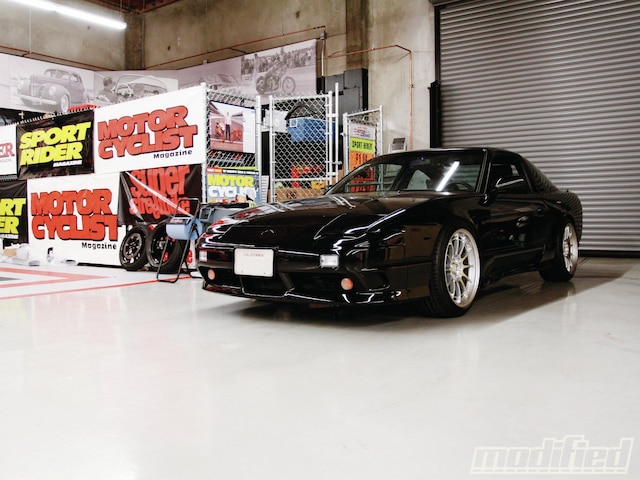 Yes, indeed, Project LS13 runs and drives! It’s been a long time coming, and after countless late nights and more energy drinks than I’d ever like to consume again, the car is fully operational. Looking back, it’s amazing to think that this car was once a stock, non-running, faded-paint, dry-rotted-interior 240SX, but it’s been revived from the dead and has a powerplant that will rival anything on the road.

As much as I’d love to go lay 10-foot burnt-rubber patches on the nearest road, this LS3 has zero miles on it, and that means it needs a proper break-in procedure.

After completing the medium and hard acceleration procedures that called for half- and full-throttle runs up to 4,000 rpm, there was an additional 500-mile break-in period that called for normal driving without running the engine up to redline and exposing it to extended periods of high loads.

After 500 long and agonizing miles, I was eager to release the beast but was plagued by one more procedural process: a dreaded trip to the dealership. I can’t remember the last time I was at a dealership for service—I cringe at the thought of leaving my cars for someone else to tinker with, especially this one.

A fresh motor, brand-new everything, and I would have to give it up to a tech for a mandatory reflash of the ECU. There was no way around it; the “check engine” light was on, and I won’t be able see the state referee for CARB approval without clearing it. 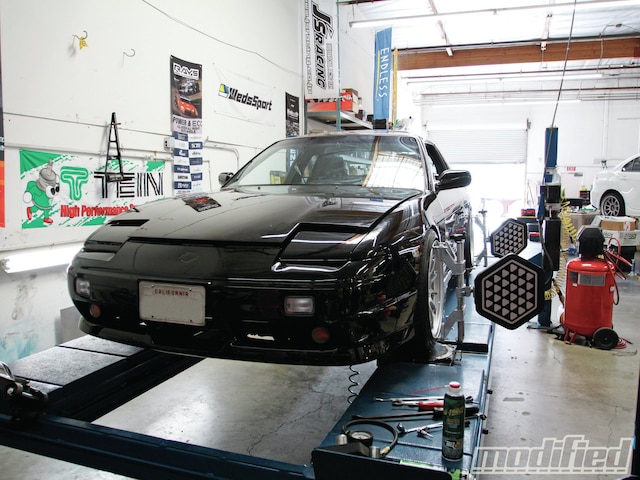 As you’d expect, there were confused faces when I rolled into the service garage with the S13, but after explaining the situation and what was needed, the dealership was keen on taking care of it for me... with one catch.

I couldn’t drive the car into the back; someone else had to do it. I pleaded my case over and over to no avail. I was assured the car would only be driven inside the garage and back to the service bay area, that it would be safe. Nothing could go wrong.

Of course it did, though, because fate would have it no other way. As I watched the technician drive it to the back, I saw a metal gate he needed to maneuver through. It had a steep decline and a metal plate mounted on the ground to keep the gate on track. As he drove across and down the ramp the catalytic converters caught and began to drag. I cringed in horror as I had just spent days building the exhaust system.

He came out instantly apologetic and didn’t know what to do. I told him heads would roll if the exhaust had cracked. Later, after looking underneath, I was relieved to see that other than some deep gouges in the cats, everything was structurally fine.

Per dealership rules, I also wasn’t allowed to take photos of the reflash procedure, but you’re not missing much. The tech plugs a computer into the OBD port and proceeds to update the software, which calibrates the crankshaft position system. And just like that, the “check engine” light was off and it was time to feel what 424 hp of V8 fury were made of.

It’s hard to describe what a really fast car feels like, but the sensation you get when it snaps your neck and buries your body into the seat is my best judgment for it. This car does just that at every rpm range, that is, if you can get it to keep traction. It’s best to roll into the throttle, otherwise the tires just spin.

I think what I like best about this V8 setup as opposed to the turbo four-cylinder is the predictability—the instant response. There’s no lag holding you back, the car just goes. Wind out the LS3 to its 7,000-rpm redline, and unlike older V8s, it doesn’t fall flat on its face; it keeps pulling hard all the way to the rev limiter.

It’s hard to believe this engine is completely stock and equipped with my catalytic converters. For the first time in a very long time, I won’t have to worry about parts failing or sensors dying because everything is new on this motor. It feels great to know I’ve got a reliable powerplant under the hood instead of a ticking time bomb. 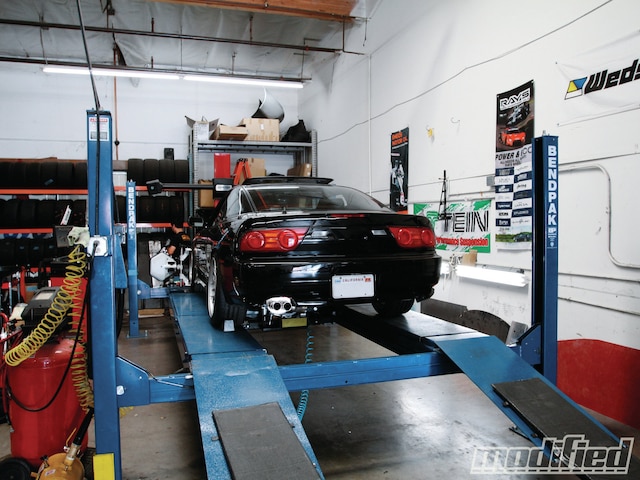 There is, however, one last item on the list that hasn’t yet been checked off, and that’s finding out whether this car will pass the all-important CARB certification to make it legal to drive in the state of California.

Keeping It Straight
Whether it’s a large project such as this one or a minor suspension change, alignments are not only critical to the way your car drives but they also save you from wearing out your tires prematurely. A common misconception is that negative camber wears the insides of tires, but toe angle is the real culprit. When lowering a car, outward toe is a common problem, and with it, the tires angle outward and scrub the road resulting in uneven and accelerated wear. That’s no good and is why a trip to a shop such as Evasive Motorsports is a must.

Evasive has a top-of-the-line Hunter alignment rack that can dial in a car’s suspension settings to either the owner’s specifications or its own recommended setups. With the S13, I kept the alignment pretty tame and dialed in -2 degrees of camber up front with -1.5 degrees in the rear. Toe was set to zero for front and back. If this car ever becomes more track oriented, then I may come in for a more aggressive setup, but for now this is perfect.