The perfect blend of comfort and performance. 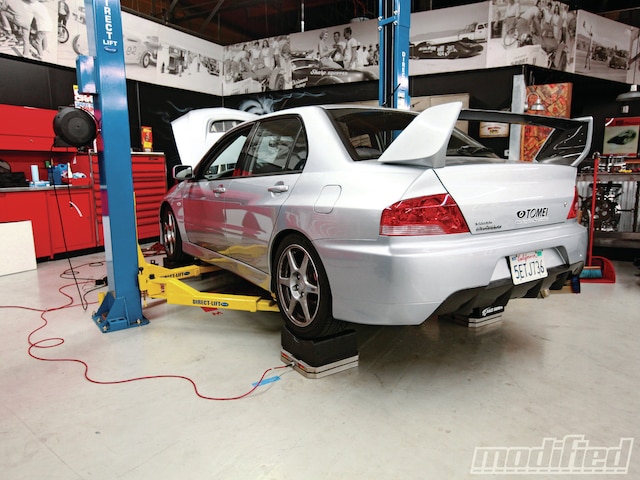 In my order of importance, tires are the first upgrade anyone should make before hitting the racetrack. It’s been proven time and time again that sticky rubber can improve lap times by leaps and bounds over stock rolling gear. The next upgrade I always suggest is brake pads, because most OEM-grade pads begin to fade after a lap or two of abuse, especially when you’re driving the car hard.

Third is suspension, but I’ll argue that it could be the first item on your list if your car doubles as your daily driver. Over the course of my career, I’ve quickly learned that a proper set of quality coilovers is critical to a car’s behavior and your enjoyment both on and off the track. 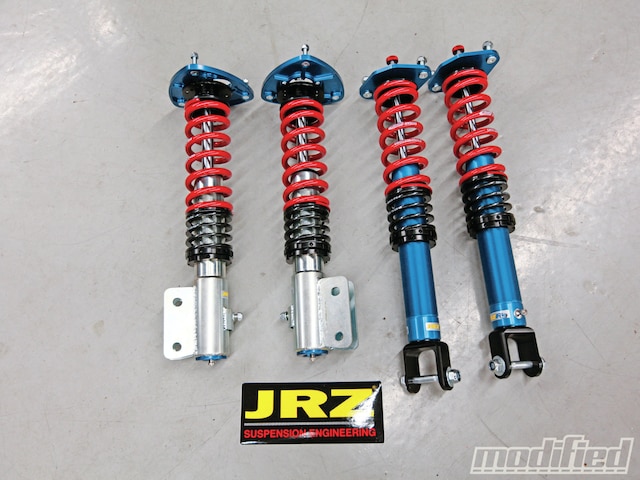 Photo 2/18   |   The RS1 emphasizes street comfort while being a very capable and trackworthy coilover setup.

I’m not going to lecture you about the disadvantages of buying cheap coilovers (and there are many), but I will say from firsthand experience there is a world of a difference between inexpensive and well-built coilovers. That’s why when someone asks me what coilovers to buy, I always tell them to get the best they can afford. If you want to go fast around a track and cruise with comfort, then save your dollar bills, even if it means sacrificing engine mods and putting that money toward suspension. You won’t be disappointed.

A few years back I went for a ride in Mr. Ryan Gates’ Evo X track car. We actually went for a rip on the street, and I was blown away by how composed the race car felt on such bumpy roads. It was undoubtedly amazing on track as well, but the street ride really shocked me because Ryan was running JRZ three-way race coilovers. I naively though hard-core track suspension couldn’t handle the rigors of the streets. Boy was I wrong. 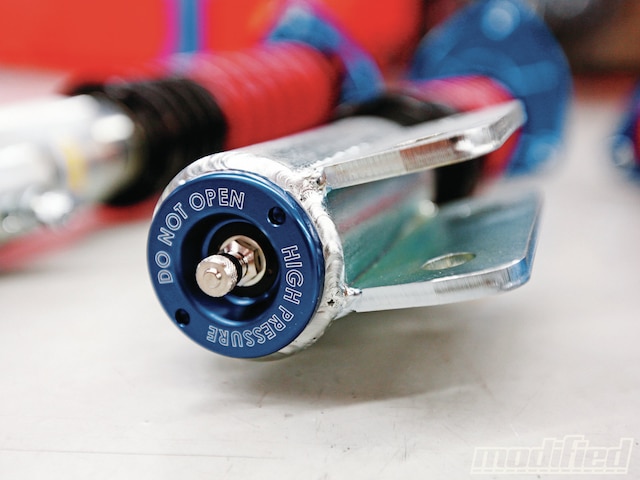 Photo 3/18   |   Using a monotube design with a high-flow piston guarantees a smooth ride on the street, while the 24-way adjustment and pillow-ball camber plates allow the user to fine-tune the coilover for the track.

Fast-forward to today. I wanted to have the same handling characteristics of Ryan’s Evo X on Project Super VIII. It just so happened that JRZ was in the process of releasing its new RS1 lineup of coilovers, and they were ideal for what I wanted out of a coilover.

In 2008, after JRZ released the street/track RS double-adjustable coilover, the company still had requests for a simpler and more cost effective product, which was kind of funny because that’s what the RS was supposed to be. The RS coilovers ended up finding a great niche in prepared and stock racing classes but never really made their mark at home on the driveway. For a lot of people, double-adjustable coilovers are too complex; one-way adjustment from stiffer and softer seems easy to grasp for the casual enthusiast. Not to mention a single unit is much easier to install, and that’s why the RS1 was born. It addressed two key points. One, JRZ wanted street comfort to come first. The company had the racetrack portion covered, so it concentrated on road manners. Second, JRZ sought more reliability and noise reduction than was available on the other coilovers in its product line. The RS1 had to be durable and have little to no hydraulic or mechanical noise. With those requirements, JRZ came up with a concept built from its motorsport line and then began testing the RS1.

JRZ’s production manager and development engineer used the prototype set on his E36, which he drives like a bat out of hell. That set was tested for three years and 50,000 miles with constant tweaks being done to the RS1. Once JRZ was comfortable with the base product, it made six sets of dampers for different cars and sent them out to its partners for evaluation. With great feedback, JRZ tweaked the RS1s even further and finally had a production-ready product.

Photo 7/18   |   Installation is smooth and easy. As you can see, JRZ emphasizes a minimalist approach in construction, building the coilovers to be as lightweight as possible.

A notable feature of the RS1 is that it is handbuilt on the same assembly line as the racing parts. The same people, same machines, and same materials are used in the RS1 as in JRZ’s high-end racing coilovers. Twenty-four one-way damper valving allows for an optimal setting for both street and track. While I can’t comment on the track portion of the coilover because Project Super VIII has yet to see a racetrack, I can say with utter confidence that the ride quality the Evo now exhibits with the RS1 is nothing short of perfection for me. It absorbs bumps, large and small, with zero jarring of the chassis. It takes a lot to upset the chassis on the road, and the ride quality is far superior than stock.

That’s what makes the RS1 such a winner; it rides so well on the street that even without testing it on the track, it’s worth its weight in gold. Expect a full review of its track prowess in the near future.

After fitting Project Super VIII with the RS1 coilovers and lowering it, some front-wheel geometry corrections were necessary. That’s where Whiteline performance came to the rescue with its roll center correction assembly. It’s designed to raise the front roll center by using specially engineered ball joints and tie rod ends. Front roll geometry actually encourages roll the lower you go. The result is that roll center is restored to factory-like settings while reducing understeer and improving steering precision and vehicle stability in contrast to a lowered car without the correction kit. This is a must have for any track-bred Evo owner.

To further reduce understeer, Whiteline’s new 26mm rear sway bar was installed along with the heavy-duty sway bar link kit. The three-point adjustable sway bar allows for tunable roll stiffness that increases rear grip resulting in crisper and more precise vehicle turn-in, which benefits an AWD car such as the Evo because the sooner you can get it pointed straight, the sooner you can apply full throttle. The heavy-duty sway bar end link kit is also a worthwhile upgrade because it eliminates any preload on the sway bar and rids any slack that was there with the OEM end links. The same kit was also installed on the front stock sway bar, which was left alone because I prefer to have as much rotation as possible, and a bigger bar up front wouldn’t exactly aid in that.

A quick DIY alignment and corner balancing were done, but there’s still a lot left before it hits a track, so stay tuned.

Photo 18/18   |   We hope to be able to further reduce the weight in the near future.
View Photo Gallery (18) Photos
SHARE ARTICLE 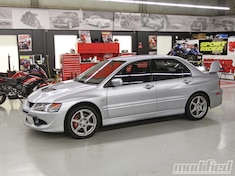 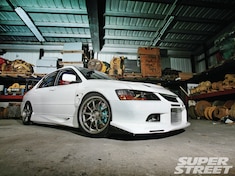 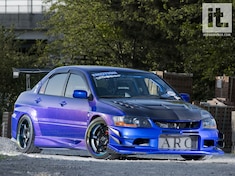 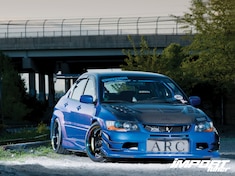