Giving you the Skinny On Buying Used JDM Motors 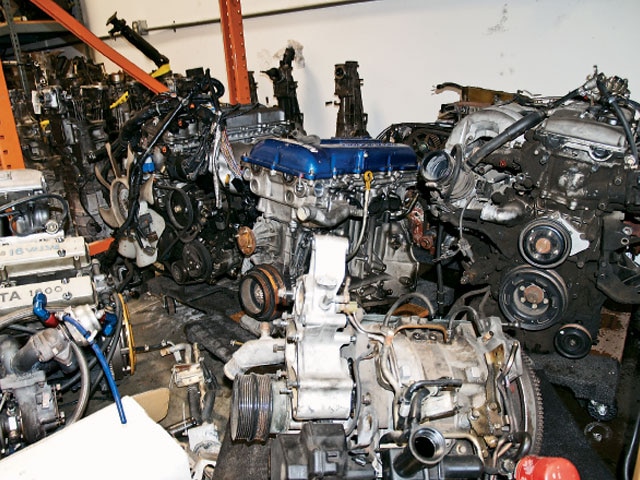 Flipping burgers and slangin’ mix CDs on the sidewalk has finally paid off. In only three short years you’ve saved enough money to get that sweet JDM engine swap. No longer will friends mock your slow-ass ride—now they’ll just ridicule your lack of fashion sense and your grotesque eating habits. Nothing short of a small fortune, clips and complete engines can be a helluva lotta fun or the bane of your existence depending on whether or not you get stuck with a lemon.

A Japanese clip or complete engine is serious money, especially for a broke mofo like you and us. Just like any other important decision, it’s wise to have a complete understanding of what exactly you’re getting yourself into before you spend this year’s college tuition. Putting in the tiniest amount of effort to source a good supplier and clip will go far in the long run. C’mon, would you rather drive your car or tow it? Let’s get some JDM urban myths out of the way. Shall we?

Japanese motors are driven 40,000 miles or less.
There is no Japanese law that requires an engine be removed at 40,000 miles (let’s not forget that Japan goes by kilometers) nor is there a law that forces cars off the roads at that mileage. It’s ridiculous that some shops and importers even suggest this; if your would-be importer mentions this ask for proof or, better yet, go somewhere else. 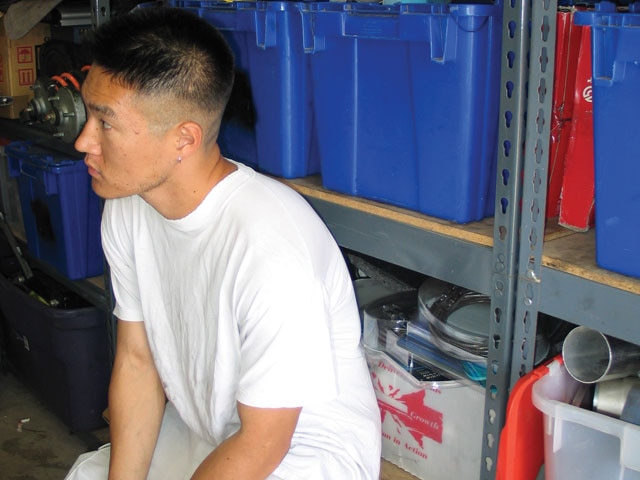 The closest regulation that Japan has to the 40k myth is the infamous Shaken (pronounced with a long "a")—a combination of hefty taxes and vehicle inspection. The mandatory Shaken becomes a biennial affair after a vehicle’s third birthday. To make matters worse, as a deterrent to keep older cars off the road, the Shaken increases with the age of the vehicle. And you thought smogging a vehicle here is bad.

JDM engines haven’t been driven hard.
Yeah, that’s why so many clips come with front-mount intercoolers and intakes, homie. So the reality is that engine mods technically break the rules of Shaken, but that doesn’t stop our Japanese brethren. Many shops and tuners keep stock parts around for popular vehicles. Their customers stop by before their Shaken certification, swap back to stock, keep the man happy, then swap their good stuff back on. Sound familiar? That’s why you’re often better off with a stock clip versus one with "free" extra parts. Those extra parts might cost you more in the long run since the previous owner beat the ish out of the car.

My new engine is street legal as long as it’s newer than the chassis. The EPA’s main issue with engine swaps has to do with pollution. Emissions controls between Japan and the US differ significantly, such as the lack of EGRs. Japanese fuel computers are also tuned for their gas. If you plan on swapping out to a JDM motor be prepared to do "special smogs." Of course, vehicles with a model year 1974 or before are exempt across the country.

Generally speaking the man doesn’t look too kindly on engine swaps. This is particularly true if you’re dropping in a mill that was never offered or legalized for North America. Just because states other than California might be lax or don’t know what to check for doesn’t mean that your SR20DET is actually road legal. As a rule of thumb, however, if it’s legal in California then it’s probably legal in the rest of the country in the eyes of the EPA.

What To Watch For

How complete is the clip?
It sounds silly, right? You pay thousands for a motor set or clip and would expect it to be complete down to the last relay. Sometimes they’re not and you need to know what you’re getting. A complete engine means you don’t have to go search for a mass air flow meter, coil packs or intercooler piping in the middle of a swap job.

Avoid, at all costs, motor sets that have been parted together. We once saw a S15 Silvia SR20DET come into a shop with an S13 turbo and manifold, S14 tranny and an S15 naturally-aspirated wiring harness. If you know anything about your SR you’ll know that these aren’t really compatible. The shop’s suggestion to the customer was to sell everything off, take a loss and buy a complete motor. Don’t let this happen to you.

Additionally, be smart about where you shop. If you’re getting a full front clip, that can frequently include the front brakes and suspension. Sometimes it doesn’t, but check around; one supplier might offer more for the same price. Many JDM vehicles have larger, beefier and generally better brakes than their US counterparts. If it doesn’t come with the clip, ask for it—you might not get it for free, but you can definitely work out a deal since you’re already spending a grip.

What’s the condition of the engine?
Remember that these engines have been beat on regularly. Anything that’s less than five years old is usually okay to drop right in, but that doesn’t mean removing the valve cover or checking the oilpan is a bad idea—we highly suggest it. Engines over five years old are going to have much more mileage than a brand-spanking-new motor. If the supplier is comfortable showing you the engine, check the spark plugs and the condition of the oil or any left-over radiator fluid. Watch out for fouled plugs, sludgy oil or a mixture of oil and water in the radiator; they’re all very bad signs. You’ll want to see as much of the engine as you can before putting down a deposit.

If you do decide to get an older engine, don’t assume that it’s bulletproof. You might be better off rebuilding it from the get-go. If you have a reputable engine builder that you trust near you, the peace of mind from knowing that the engine was rebuilt and has good compression is worth the additional dough.

Clips on eBay
This one is real simple. Don’t do it. If you can’t inspect the motor before you buy it, it’s worse than going on a date with a chick off of MySpace with no picture posted (shudder).

Damage
Remember, most of the clips you encounter were in some kind of accident. It’s vital to take a close look at where the car was hit. If it was hit in the rear it usually isn’t a big deal—unless that’s where the engine is, like with an MR2. If the vehicle was hit in the front you must evaluate how much damage the front-end has taken. Has this caused any leaks? Were any vital components, such as intercooler piping or the wiring harness, damaged? Sometimes the damage can be considerable enough that the clip is a complete loss.

That’s it. You’re armed with a great starting point of knowledge. Although we’ve given you a bunch of stuff to watch out for, remember that a great number of engine suppliers are in the business to stay in business. You hopefully won’t have to kill yourself to find the engine that you want, but be picky, take your time and learn up—it’s your money and you want to get what you pay for.

Giving you the Skinny On Buying Used JDM Motors
Photo /