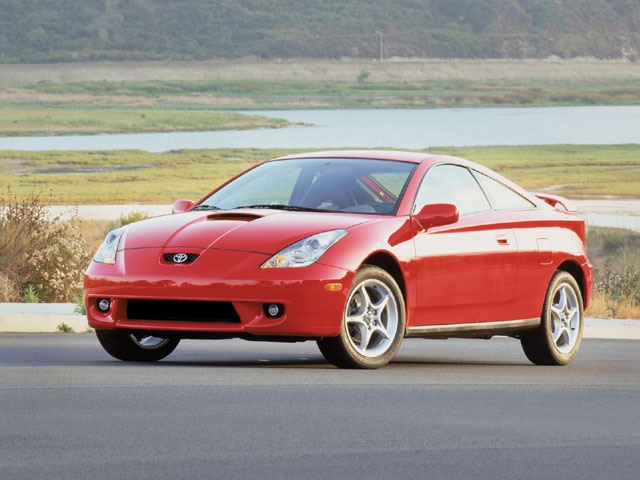 If you asked any tech editor at any automotive magazine what the most exciting part of their job was, more times than not most would admit that building project cars is by far the best part of the job. So when I had the opportunity to build a long-term 2000 Toyota Celica, I couldn't say no. I'd rather be wrenching on a car than taking a vacation. (Wait, I take vacation time in order to wrench on cars.)

The most rewarding aspect of building a project car is the knowledge gained from research. Before any wrenching begins, I'm on the Internet, at the bookstore researching the vehicle and purchasing repair manuals. And always purchase a manufacturer repair manual if you plan to wrench on your car. The amount of information gained is nothing compared to the cost. There are removal diagrams and torque specifications for every nut and bolt on the car. They typically cost about $100 and are well worth the dough.

Driving ImpressionThe Celica GT-S is an amazing platform-even in stock form. The Celica's chassis is very nimble, allowing the driver to throw the car into a high g corner with great stability and control. Much of it is attributed to the fairly lightweight design of the Celica, which weighs only 2,500 lbs. The Celica's suspension is soft enough to provide a comfortable commute, but stiff enough to attack canyon roads in earnest. MacPherson-style front shocks are combined with a double-wishbone rear suspension matched with solid anti-roll bars front and rear.

The 2ZZ-GE powerplant found in the GT-S is a work of art. Co-developed with Yamaha, the four-cylinder DOHC engine displaces 1.8 liters and pumps 180 hp and 130 lb-ft of torque at the flywheel. Featuring an 8000 rpm redline, the engine loves to be revved and you should oblige; the 180 horsepower does not come into play until 7600 rpm. The powerplant's impressive 100 hp-per-liter output can be traced to VVTL-i (variable valve timing and lift with intelligence) technology.

Similar to Honda's VTEC design, the 2ZZ-GE engine is capable of increasing the intake and exhaust valve lift to increase airflow into the combustion chamber for improved power output. On top of the extra intake and exhaust lifts, Toyota also incorporates an electronically controlled adjustable cam sprocket to maximize cam overlap and lobe separation depending on engine speed and load.

The engine's acceleration is a bit mediocre until you reach 6000 rpm where the car surges, pushing you backward into the driver seat. From 6000 to 8000, the Toyota is pure rocketry. Even though the GT-S features a close-ratio six-speed transmission, the engine falls out of VVTL operation (below 6000 rpm) between gears, causing the vehicle to lose its momentum between redline shifts. If the 2ZZ-GE's redline was raised another 500 rpm, the situation would be avoided; unfortunately, raising the rev limit is not just a turn of a knob.

What do we have in store for the Celica? You have to wait and find out. OK, we can't wait-check out page 30 where we outline the exhaust shootout we performed on the Celica. There's a lot more on the way. Stay tuned.