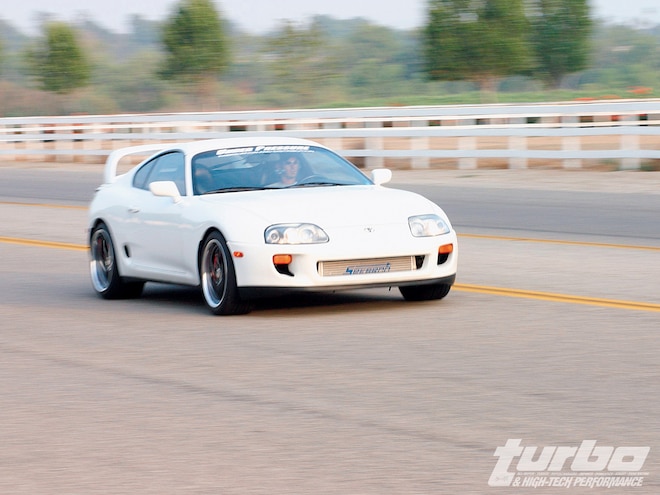 We've reached the end of our testing using the stock twin-turbo setup. In our quest to extract more reliable horsepower from this setup we turned to Turbonetics, which offers a variety of go-fast products including air-to-air and air-to-water Spearco cored intercoolers, blow-off valves, wastegates, high-performance radiators, turbo kits and an assortment of custom turbochargers. This month, we decided to end our stock twin-turbo setup testing with a little custom tuning and Turbonetics' new intercooler kit for MKIV Supras.

The Turbonetics front-mount intercooler kit is a bolt-on replacement for the factory side-mount intercooler. The kit includes powder-coated piping, brackets and boots. The only things missing in our box were a few more boots and an instructions manual, but fortunately it wasn't a complicated installation. The turbo-to-intercooler pipe comes with a flanged opening for a blow-off valve. Unless you've got an upgraded blow-off valve that will fit this, the opening will need to be blocked off.

Because a few months have passed since the Supra's last dyno runs, we visited evosport again for a new baseline run. Down a few ponies, the Supra's new baseline was just under 347 whp at 16 psi. Immediately, the car was unstrapped and taken to Under Pressure Fabrication and Distribution for installation of the intercooler kit. At UPFD, Supra technician Mike Calicchio performed the work and got us under way in a few short hours with a clean install.

There are a couple of things we really like about the Turbonetics kit. First off was the fitment. The piping fits perfectly all the way up to the throttle body. "You won't believe how many intercooler kits I've installed that never fit right; but this one seems to fit just fine," says Calicchio. Also nice is that the intercooler fits without having to relocate the coolant reservoir tank, which, according to Calicchio, is also unusual.

Second, the core is a decent size. It measures 3.5-inches thick, 10.5-inches tall and 28-inches wide, flows over 1000cfm, and is conservatively rated for 700 hp. "We have used that same core on a 1000-hp application," Turbonetics' Johnny Wang reports. "The pressure drop was about 0.5 to 0.7 psi and efficiency was around 80 percent."

Photo 5/14   |   Light shining through the other end of our 28-inch wide intercooler. It's a free-flowing intercooler core.

With the car buttoned up we returned to evosport for some more dyno runs and a bit of tuning. After making sure the intake, oil and water temps were near to our baseline numbers we let her rip a third gear run through redline on the stock twin-turbo setup. With a pressure drop of 1 psi, the intercooler kit upped the power to 359 whp at what was now 15 psi. When the turbos were cranked up a little more to compensate for the pressure drop, power jumped up to 374 whp at 16 psi. All of these runs were accomplished with an air/fuel ratio of 11.7:1, as controlled by the AEM EMS.

As expected, the only drawback from installing the larger intercooler is the slightly longer time it takes to fill the core, which contributes to turbo lag. However, it was only less than 100 rpm slower to react until the second turbo came online.

One thing we realized with these last dyno runs was that Project Supra is maxed out at about 370 whp on California's crappy 91-octane pump gas. In order to see what our end results would be with the stock turbos we added a few gallons of Sunoco 112 octane racegas to the mix. With what is now approximately a 94-95-octane gas mix, the EMS-controlled wastegate was set to stay closed a little longer. To our surprise, the turbos wouldn't boost manifold pressure past 17 psi. Karamikian adjusted the timing a bit and was able to coax out a maximum of 395 whp and 376 lb-ft of torque.

Our numbers may sound a bit on the low side when considering other Supra owners have seen over 400 whp at similar boost levels with the stock twins. However, a quick check of our compression told us something was wrong in the #4 cylinder, which was down nearly 40 psi. Couple that with a nearly 100k mile engine/turbos and you can see why the power drop is possible.

So where does this power drop lead us? Whether it's a bad valve or a bad piston ring in the #4 cylinder, it won't matter for long. The entire engine will be undergoing surgery and receiving much stronger internal organs at Speed Force Racing. By the time you read this we'll hopefully have the tuning done and the car dyno tested with its new lungs-an SP71-GTQ turbo kit from Sound Performance. Yes, it's going to get a lot more fun now. Stay tuned.

Author's note: At this year's Hotchkis Media Challenge our Supra DNF'd during its second run on the dragstrip when trying to slip the clutch during a 6000-rpm launch. The disc seized to the flywheel and the car wouldn't run once put into gear. We replaced the unit with another Centerforce unit, which we will be testing the torque limits of with our new setup, as well as a Fidanza lightweight flywheel. Special thanks to RJ and Matt Hunt of UPFD for taking the car in on a Friday evening and having it ready the following business day. 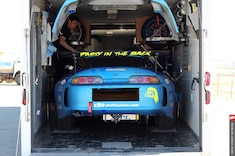 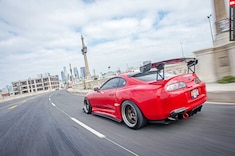 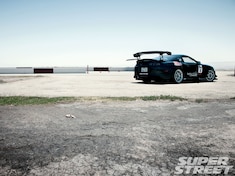