Upgrading Your Honda Final Drive From An SUV 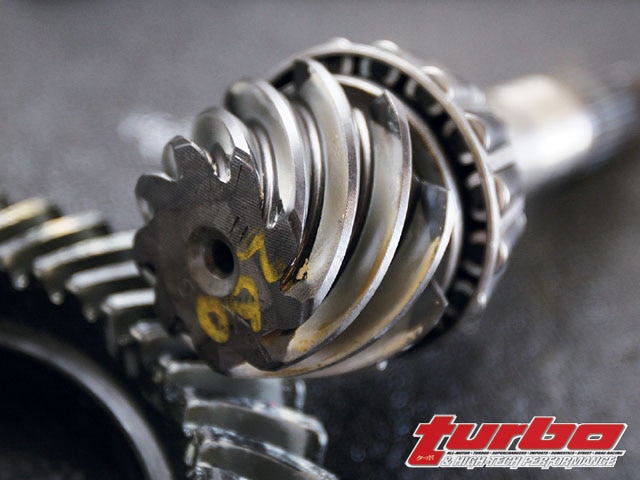 S2000 Final Drive
Shhh...interested in a dirty little secret the industry doesn't want you to know? There's a growing trend among aftermarket retailers unnervingly price gouging consumers while laughing themselves senseless all the way to the bank. Smart businessmen you ask? Perhaps, but little did we know that these wolves in sheep's clothing made a fortune off unknowing chumps (individuals) like you and I by selling factory-manufactured parts and re-badging them. From a business perspective, we understand that it's a dog-eat-dog world with plenty of money to be made and spent, but knowing that some of the more well-known shops have sold and continue to sell the exact ring and pinion set we recently bought for $267.93 shipped from a dealership parts' distributor for over $1,000-well, we were just sick to our stomachs.

The terms "big" on style, comfort and best value, is just a few of the catchphrases that highlight the new Kia Sportage. While the selling points of the Sportage obviously cater to your average suburban housewife, don't be surprised if you find some teen in a pair of baggy jeans roaming the showroom floors perusing through Kia catalogs. Soccer moms carting their kids around in their Kia Sportage beware; Honda S2K owners are lusting over your car. 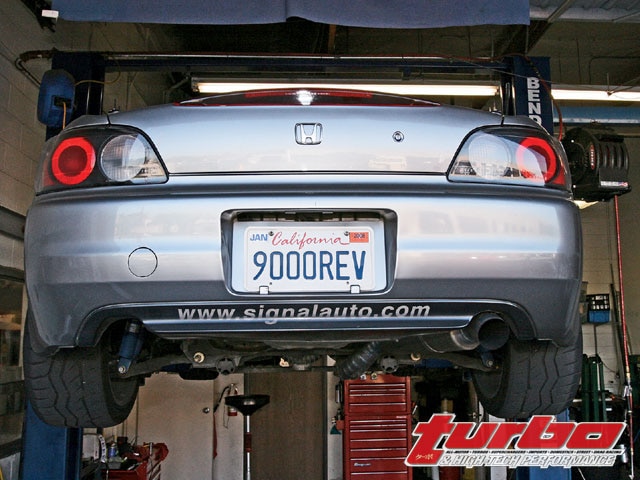 It's no surprise that competing manufacturers rely on one another to engineer various components. It's been long rumored that Mazda has lent a helping hand to a number of big-name companies, including Honda and Kia. While these rumors have yet to be established and continue to be highly debated among automotive enthusiasts and Internet forums, we stumbled across an interesting find that would tie all three of these big automotive manufacturers together, namely their ring and pinion setups.

The biggest surprise of them all was finding out that Honda sourced the Mazda 7-inch rear for the Honda S2000. This doesn't necessarily mean you can simply bolt a Mazda rear end on your S2K and call it a day because of the difference in rear housing and axel designs. It seems Mazda has been sourcing out its gears to Honda S2Ks and '94-'02 Kia Sportages 4x4. The front axle of the Sportage has a Mazda 4.778 ring and pinion (part number MM05727110), which high-performance retailers have been secretly selling as an aftermarket gear for over $1,000. The only difference between the $1,000 unit and the $267.93 gear set we bought is, of course, the price gouging and the possibility of a few retailers who add cryogenic treatment to the units as a bonus. The same 4.77 final gear set found in the Kia is interchangeable to fit on the S2K as a direct bolt on, as well as the Mazda final drive off a stock RX-8 with a 4.44 ratio. Upon further research, we found numerous final drive setups that were all interchangeable between the S2K and Mazda, including a n/a powered S2K's dream come true 4.625 ratio, which is available on the New Zealand Kia Sportage. When comparing the S2K factory 4.1-ratio final drive to the 4.77 final installed in our factory pumpkin, we found numerous pros and cons attributed with this setup.

Photo 12/22   |   Now is a good time to begin cleaning your rear end and parts in a solvent tank before moving on to the next step.

The first and most obvious would be losing top end speed but, on a positive note, improving acceleration off the line. The 4.77-ratio setup offers improved acceleration only when you're in the same gear as someone with higher gears. A prime example would be someone who drove in Fifth gear before would likely now be in Sixth gear now because of the 4.77 final drive. Off the line in First gear, the 4.77s will be quicker but as speed increases, the torque advantage decreases since you find yourself revving up in a higher gear. For n/a powered S2K owners planning on tracking their cars, the 4.77 ratio offers more torque, thus creating less of an issue at a lower rpm, especially on a technical course with more turns-like the Streets of Willow raceway in Rosamond, Calif. On courses that have longer straights, such as Big Willow, the 4.77-ratio setup is known to top out at 140 to 145 mph. For the novice driver, reaching those speeds would be a rarity but for the more advanced level, the limiting speeds might hamper your times going through the long sweeper through turn 8. One good advantage to owning a S2K geared on a set of 4.77s is being able to use Sixth gear as you shift through the turns-making your shift points and entry/exit speeds coming out of the turns more usable in terms of power.

As with any final drive modification, swapping out your final drive will send an incorrect signal to your speedometer. To remedy this problem, aftermarket speedometer recalibrators, such as the Yellow Jacket, can be used to recalibrate for the new final drive setup in your S2K. Units such as these are purchased over the Internet for $50 complete with instructions and wire harness. Other alternative systems include a slick unit known as the Yellow Box, which uses a series of dipswitches to recalibrate your vehicle and also has the added ability to convert from kph to mph.

Photo 13/22   |   Remove the 10 mounting bolts (55 lb-ft) in a crisscross pattern to remove the ring gear. As a precautionary measure, we recommend using some thread-locking compound on each of the bolts when reassembling with the new gear set.

So what's the most ideal gear ratio for your vehicle? Determining your final drive ratio will depend on whether you're running on forced induction or naturally aspirated. We've come across a number of supercharged S2K owners swapping out their factory differentials for a more favorable 4.44 final drive while the more hardcore road race individuals opt out for the 4.65 to 4.77 final drive setup. Whichever route you decide on following, always consult a Honda Specialist or certified tech before attempting to tackle this job on your own because honestly, driving at 9,000 rpm in Sixth gear doing 50 mph isn't exactly much of a thrill ride.

Be sure to replace the oil filler and drain plugs with new sets of washers before reinstalling the pumpkin back onto your S2K. Honda recommends using Hypoid gear oil GL5 or GL6 (viscosity No. 90). With your new ring and pinion setup, pay special attention during the break-in procedure and refrain from performing any hard launches or spirited runs for at least 500 miles at which time the old fluid should be replaced.