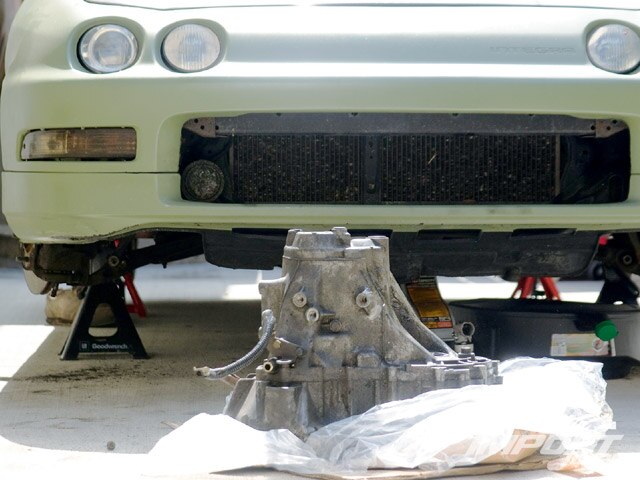 When it comes to increasing performance, two steps forward often come at the cost of one step back. Decreasing body roll and lowering ride height can come at the cost of a harsh ride and poor streetability; increasing power can decrease fuel economy or driveline longevity, raise engine temps, impact emissions and a whole host of other baddies; even outfitting your ride with higher-friction brake pads likely means you'll be replacing them more often. But can increasing traction through the addition of a limited slip differential (LSD)-a modification long-embraced by tuners for having little to no apparent drawbacks-actually decrease power output and make you slower? 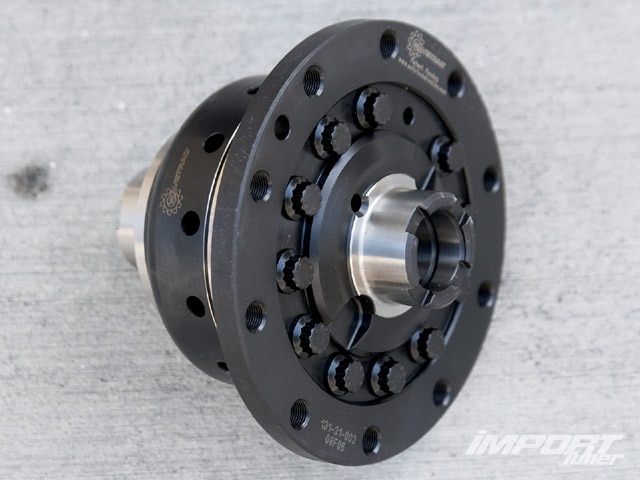 Will Adding A Limited Slip Differential Decrease Power?
It's a proven fact that adding rotational mass to a car's driveline-engine and transmission internals, pulleys, flywheels, wheels, axles, etc.-will decrease power output and slow acceleration; proof of this can be seen in the difference between an engine's power numbers taken at the wheels as opposed to the flywheel. Logic would assume that spinning two wheels with a locked or limited slip differential would require more power than spinning one with an open differential (like most cars are equipped with), but is this what's really happening? The answer may be clear to those knowledgeable in transmission anatomy, but regardless, it remains a common debating point worthy of our ink.

To find out, we hit the dyno and drag strip for two days with our Project DC2 Integra. We tested the car with its stock open differential, first on the Dynojet dyno rollers of MD Automotive in Westminster, CA, then at the 1/8 th-mile drag strip at Irwindale, CA's Toyota Speedway. Day Two saw us repeat the previous battery of tests, only with a Wavetrac LSD installed. Here's what we found: 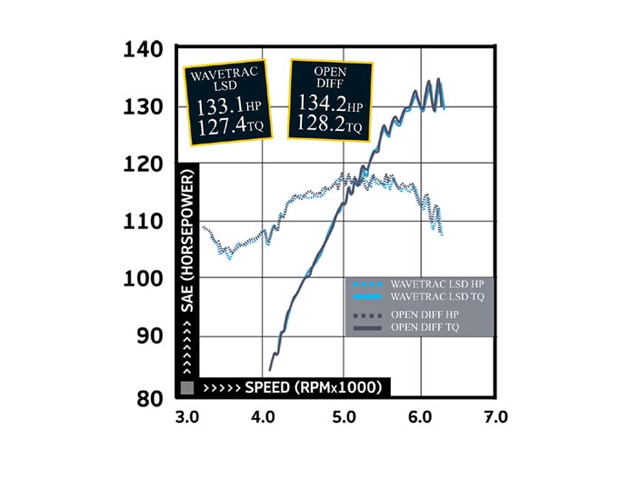 The Verdict:
Averaging the three mean dyno and 1/8 th-mile runs from each test, our DC2 registered only negligible power and torque losses-which could be attributed to the slightly added mass of the Wavetrac's reinforced internals, if not ambient air temps, vehicle tie-downs, etc. On the strip, there was no question: quicker 60-foot times signified the Wavetrac at work, and quicker E.T.s and faster trap speeds showed that it didn't cost us noticeable power. 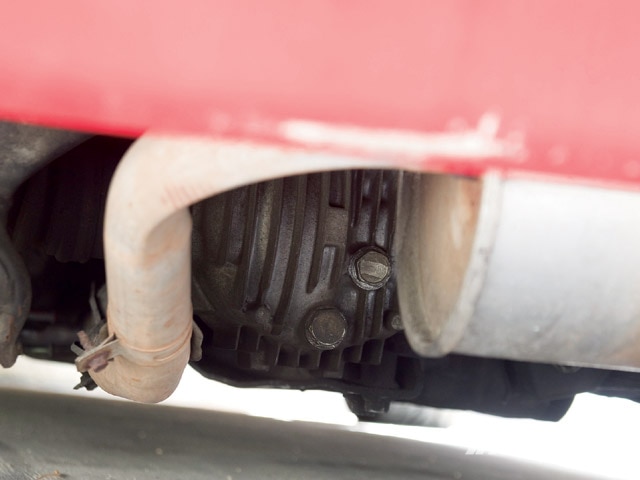 All differentials alike-open, limited-slip, locked-distribute power evenly to both drive wheels during normal driving (when no wheels are slipping). This is why no additional parasitic loss registers on our dyno, where both wheels are already "locked" to the same roller. LSDs keep power going to a drive wheel that has traction, even if the other is losing it, at a specified rate-1.5:1, 2:1-to provide increased traction when it's needed. Open differentials-which are 1:1-don't.