Home  |  How To  |  Transmission Drivetrain  |  Do Lightweight Flywheels Lose Torque? - Fact Or Fiction
Subscribe to the Free 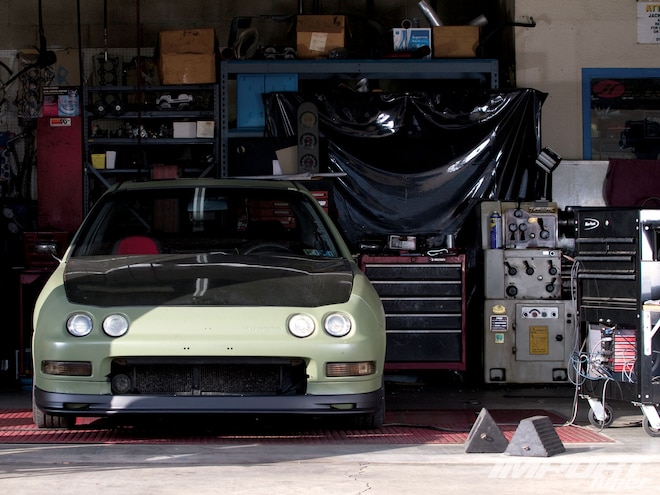 Dear Import Tuner,
I have a suggestion for your "Fact or Fiction" section. I heard somewhere that adding a lightweight flywheel causes the car to make power, but lose torque. I was thinking you could test this like you tested whether or not an LSD would lose power ["Fact or Fiction", Nov. '09 2NR]-with good, old-fashioned dyno testing.
"Chris"
via factorfiction@importtuner.com 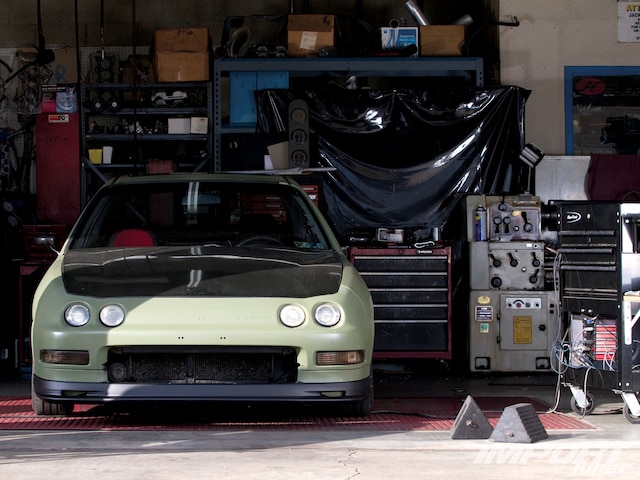 The answer to this month's question may be a no-brainer to some, but since it remains a common debating point, and since we get emails like this one all the time, we've deemed it worthy of exposure. Plus, having recently installed and tested the effects of a lightweight ACT Prolite flywheel with our DC2 as part of the "Ultimate Efficiency" tech series featured last month, now might be the best time to clear the lightweight flywheel air once and for all.

The first part of understanding horsepower/torque relationshi ps is to realize they are both measuring the energy output of an engine. Torque, as it applies to the reciprocating combustion engine, is the amount of rotational force it puts out, usually measured at its crankshaft or its car's wheels, quantified by distance (ft) and mass (lb). Imagine tightening a bolt to 72 lb-ft of torque with a two-foot-long torque wrench (the correct amount needed to tighten those Honda B-series flywheel bolts). If you're holding the wrench at its end when it clicks, you're pushing with 36 lbs of force (72 lbs/2 ft). If you're holding it halfway toward the head, you're pushing with 72 lbs of force (72 lbs/1 ft)-either way, 72 lb-ft of torque is exerted on the bolt.

Now, picture tightening those bolts in one second as opposed to one minute and you're on your way to understanding horsepower, which adds time and a constant multiplier to the equation. One horsepower is defined as the energy needed to lift 550 pounds one foot in one second, and an engine's horsepower rating is simply it's torque multiplied by rpm, divided by 5,252 to convert to revolution per minute (rpm). Therefore, any change in torque results in a proportionate change in hp. No matter how fast you tighten that bolt, it's still experiencing the same amount of force.

Lightened flywheels reduce the amount of energy produced by an engine that's spent in moving its components (parasitic loss). Since flywheels are solid, unsprung components of a vehicle's driveline, a lightweight flywheel will decrease parasitic loss at a constant rate, improving a vehicle's horsepower and torque output (measured after the flywheel) throughout it's entire rev range.

The Verdict:
FICTION
At a constant rpm, horsepower and torque both change proportionately. If installing an aftermarket header, for example, seems to decrease torque but increase horsepower, the fact is that at the rpm where torque is decreased, so is horsepower (and vise versa)-changes are simply more apparent to horsepower at higher engine speeds, and torque at lower engine speeds, due to the function of calculating horsepower from torque. Installing a lightweight flywheel doesn't decrease torque, but it does decrease inertia, meaning more torque will be needed to break traction with a clutch-kick (drifting or burning out), or to accelerate a vehicle off the line during a launch (drag racing, daily driving).