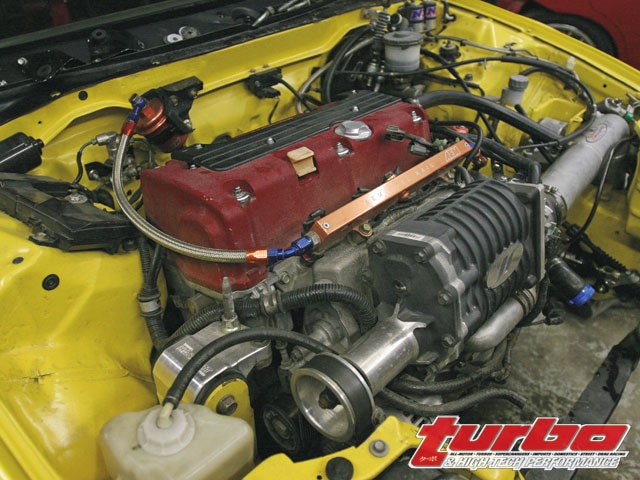 Brian Gillespie, owner of Hasport Performance, and his infamous supercharged K-powered CRX have been spotted at numerous track events, terrorizing competitors in the yellow beast in the Unlimited FWD class. Brian is no stranger to the Honda hybrid swap world. His company made its name as specialists in transplant motor kits. Brian experienced problematic handling problems with the CRX during the past track event. The factory '02 RSX Type S transmission uses an open differential configuration. The peg leg differential was removed and replaced with a JDM Integra (RSX) Type R differential, which uses a viscous limited-slip differential to provide added traction. We should mention the JDM Type R sports a shorter final drive ratio of 4.764 compared to a 4.389 found in the '02 to '04 RSX Type S transmissions. The new JDM differential installed in the '02 transmission worked as well as could be expected for the Hasport crew but after a few laps on the track the driver came back with some disappointing news. The CRX was "hunting" (tracking back and forth) when accelerating out of the corners from the added horsepower and FF configuration causing a loss in precious lap times from the lack of traction. This posed as a serious problem in a motorsport where even a tenth of a second can mean a win or a loss. 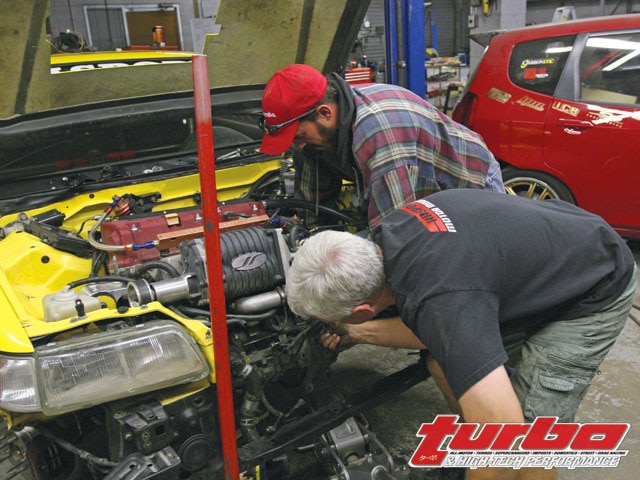 Photo 2/32   |   Properly drain your transmission fluid and inspect for any bolts, holding up your bell housing before removing the transmission. Since we're working on a hybrid-swapped car, the removal and installation instructions varied from your average vehicle.

Viscous LSDs are offered in numerous sports cars sold on the market today. These units were designed for mild street usage and the occasional weekend track but have a major downside. The viscous unit doesn't work until one wheel physically breaks traction, where as a clutch-type LSD is constantly trying to keep both wheels moving at the same speed in and out of turns or when one tire is attempting to spin faster than the other. Overheating the fluids and a weak design is another problem many hard-core track racers experience with a viscous unit. Rather than work around this problem, Hasport decided to contact King Motorsports to find a solution. The answer was in the form of a new Mugen LSD. The Mugen multi-plate (or mechanical) LSD uses a simple-yet-effective one-way design, which operates when accelerating and releases upon deceleration. Follow along as we work through the night documenting Hasport install the new Mugen LSD into the K20 transmission.