DSM Big-Brake Upgrade On A Budget 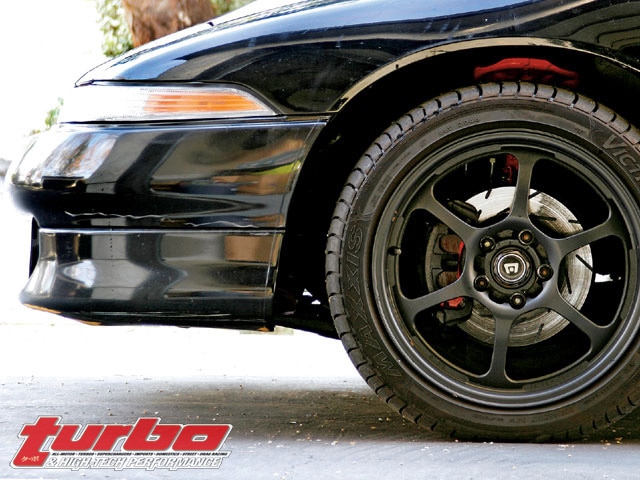 Most articles about brake upgrades begin the same way. Someone starts off telling you how important stopping is and how installing bigger and better brakes once horsepower's been increased is a good thing. It is. But we'll take things a step further. Install that big-boy GT turbo and crank up the boost without addressing your cheesy rear drums or chunked-up rotors and, well, let's just say nobody's going to mistake you for somebody smart. And while no one's accusing us of being smart, early 1G DSM big-brake upgrades just make sense.

The Problem
Diamond Star Motors realized a few improvements were in order for the first-generation Eclipse, Talon and Laser not long after they started selling them. The '90 model's ECU only survived one year before they replaced it. Someone decided to change the cam angle sensor in 1991 also. And the DSM boys figured slightly better braking was in order for some models come 1991 and again for others in 1993. Well at least nobody can blame them for not paying attention. There are two things that suck about the '90-'92 front brakes: they could be bigger, and they're a single-piston setup. 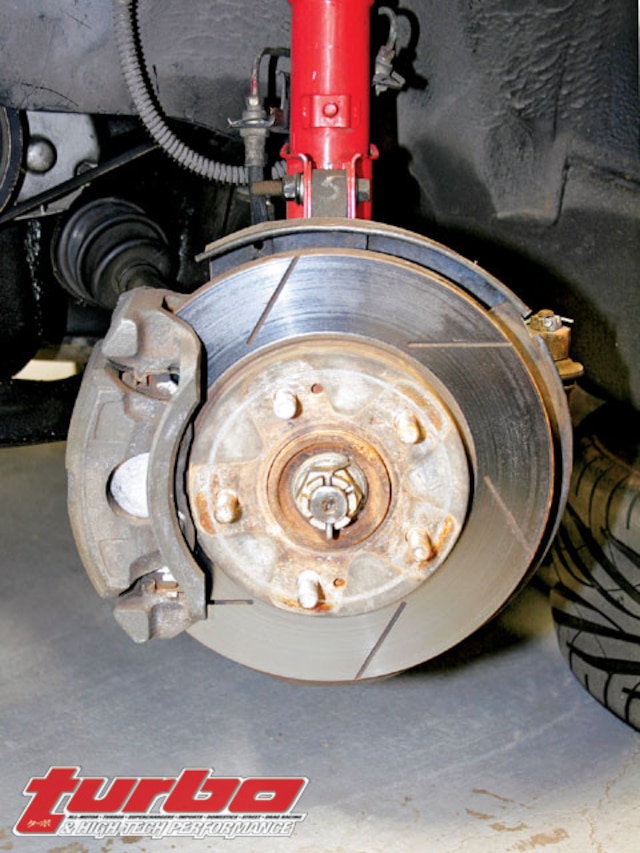 Photo 2/12   |   Project DSM was already outfitted with slotted rotors and some aftermarket pads, manufacturer unknown but, despite the upgrade, they're still using the single-piston calipers and smaller rotors up front.

The Solution
As with a lot of things, the solution lies within the OEM itself. Since Mitsubishi didn't mess with the hubs when upgrading, swapping over the slightly larger '93-94 DSM brake setup is relatively easy. But first, here is why they're better. The newer rotors are larger, measuring in at 10.9 inches across as opposed to 10.1 inches-almost an inch. Of course this allows for additional swept area for the pads, 22 percent to be hard and fast, making braking easier and more effective. The '93 brakes also feature twin-piston calipers while the older pieces are a single-piston configuration. It's the pistons that react against the pads once pedal pressure's applied; the more pistons, the less pedal effort and, again, more effective braking.

Where to Get Them
No, there aren't a whole lot of '93-'94 DSMs floating around with decent front brakes that also happen to be for sale. Face it, the car's old. We have. Fortunately there are a few unexpected cars we can rob such brake setups from. The '91-plus non-turbo Dodge Stealth and Mitsubishi 3000GT come to mind first. Yea, the turbo ones are huge but they don't fit. And then there's the '91-'92 Galant VR-4 and the '92-'96 Diamante, which also both have the same twin-piston, 10.9-inch front brakes. About the only difference between any of these are the different bleeder valves between some models, which means nothing more than you're either going to grab an 8mm wrench or a 10mm one when you go to bleed them. Oh, and you'll also want to watch out for some of the 2G DSM calipers that feature a banjo bolt provision as opposed to the female-threaded ones you need. Even if you score the wrong ones the added work isn't worth the effort. 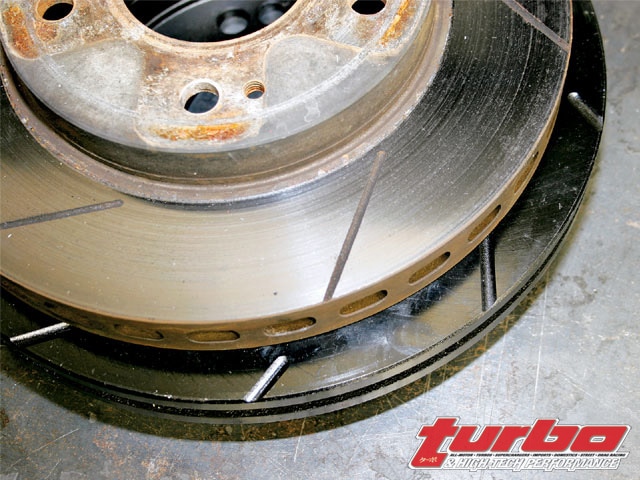 Photo 3/12   |   The EBC Ultimax BlackDash USR slotted rotor, underneath, is nearly an inch larger in diameter than the older '90-'92 rotors, which means a good 22 percent more swept braking area.

How it's Done
Like we said, new-condition rotors, calipers and pads from the early '90s aren't exactly easy to come by. As such, we weren't surprised when our eBay pieces arrived; the rotors were warped, of course the pads were shot but fortunately the calipers were in good condition, which is really all we care about. EBC brakes helped us out with the rest. Up front we swapped over a pair of EBC's Ultimax BlackDash USR slotted rotors. Slotted rotors are good because they help remove debris from the braking surface, but slots often lead to noisy stops. EBC's progressive angle and slightly smaller grooves keep the noise down and are designed to keep pad wear as flat and parallel as possible. It's a good thing the older DSM's brake dust shields clear the larger rotors...barely; this prevents us from having to yank the hubs off.

The two-piston calipers bolt on easy enough, provided you've got the corresponding caliper brackets to go with them. The '93 and up calipers aren't bolting on to the older, smaller brackets, no matter how long you stare at them though. The remaining hardware's basically the same but the twin-piston brake pad shims are different, so make sure the guy selling you everything includes them otherwise your pads will probably fall out of place. And then there are the pads. EBC also set us up with their Redstuff Superstreet pads. They've got five different compounds to choose from with the red ones falling somewhere in the middle in terms of part-time track use and good streetability. The Redstuff pads are made of a Kevlar-fiber material enhanced with ceramic particles. Yes, the old Redstuff pads were also made of Kevlar but didn't have the ceramic part, as a result, they didn't last as long and were comparatively louder. About the only downside is the extensive break-in period, which is in some cases as much as 1,000 miles. We are, in fact, still working on ours.

We couldn't outfit the front without upgrading the rear brakes at the same time. The back is fairly uneventful though, as there aren't any size upgrades from the OEM's. The Stealth/3000GT pieces are commonly thought to be bigger but aren't; they're actually the same size yet exhibit more than 15 percent less swept pad area. They also feature an entirely different, remote-mounted parking brake system that just doesn't work here anyways. No matter though, it's the fronts that do most of the work and it isn't like the rears are exactly puny. As such, we went ahead with the same EBC rotor/pad combo out back as we did up front.

We also decided to upgrade the aging rubber brake lines with steel-braided, Teflon-lined ones from Goodridge. The new lines contribute to our new, firmer brake pedal feel and are one of the few things that'll outlast the car itself, which is after all, never a bad thing. 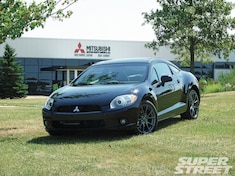 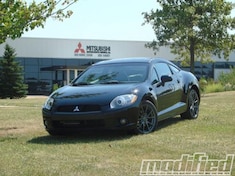 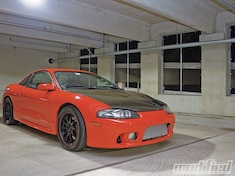 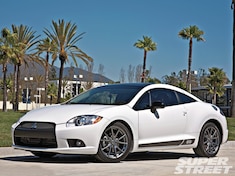 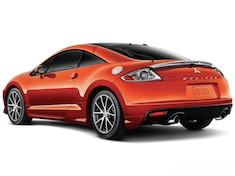 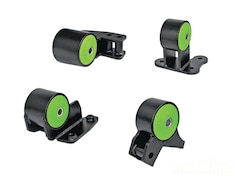