Aside from a set of thrashed Brembo Z32 calipers that are nearly impossible to find in a wrecking yard (actually, you'd probably only find them on eBay where you can expect to set yourself back a good chunk of change), a more affordable and viable set of front brakes can be had in the form of FastBrakes. On our meager wages we obviously cannot afford the Lexington Steele-like calipers for the 240SX that Brembo lists in its catalog, and the ticket number we pulled for the Z32 calipers reads "2,479" (the number just called was "8" for those keeping score at home).A lot of guys who can't really afford a baller set of brakes but still want proven performance find the answer to their problems with FastBrakes' Wilwood upgrade kits. You don't get as big a caliper, but then again, you probably won't be doing any racing that would necessitate something so large; it'd be like strolling into CVS and walking out with a box of Trojan Magnums (Are you saying you don't use Magnums? - KP). There are a couple different caliper options to choose from and they come with bigger rotors and fresh pads to match, and, not to mention, are quicker to install than the time it took me to learn how to unhook the clasp of a woman's bra by snapping my fingers. Follow along as I once again leave it to the Nissan kings at SR20Store to help me with my brake upgrade. 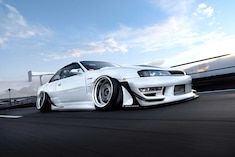 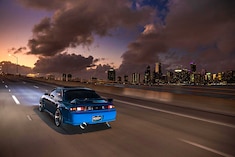 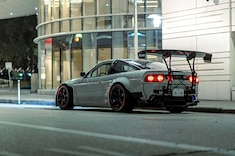