The basics of rim dimensions and how they relate to vehicle fitment.

Update March 2020—You've got your head on straight and know wider and lighter-weight wheels will always make sense. You also know there's a lot of fake news, wrong info, and just plain speculation on the interwebs about wheel offset and proper sizing, and how those things relate to vehicle fitment. Lucky for you, tape measures and math don't make stuff up, which means you figuring out what will or won't fit underneath your fenders just got a whole lot easier.

It starts with the easy stuff, like a wheel's overall diameter and width, and ends with you wondering whether or not its centerbore and offset will work, all of which, when calculated properly, will keep things like tires and fenders from becoming too good of friends with one another. 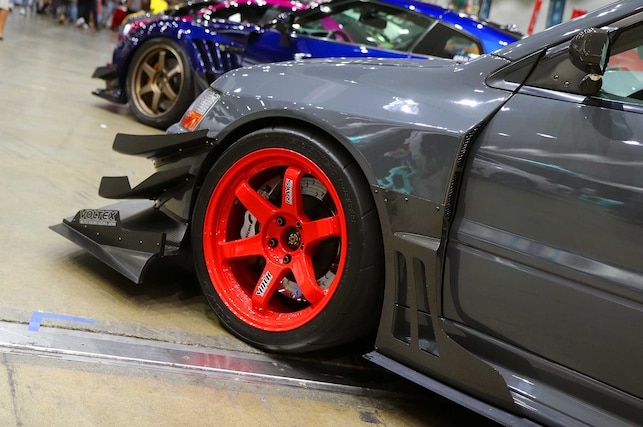 Photo 15/15   |   You already know some sort of aftermarket wheels are on your mod list. Spend a few minutes to be sure whatever rims you're eyeballing won't make your car look and handle worse than whatever you've already got.
View Photo Gallery (15) Photos

That Bolt Pattern, Tho

The number of lugs and the pattern they form are the first things to think about when wondering whether or not a wheel might work. Imagine a circle passing through the center of each lug and you've just imagined its bolt pattern.

Bolt patterns are expressed using two numbers, the first of which is obvious and represents the number of lugs there are, and the second, which tells you how far apart those lugs are from one another. All of a sudden, 4x114.3 means something and tells you that a wheel doesn't just have four lugs, but spaces them 114.3 mm apart from one another. 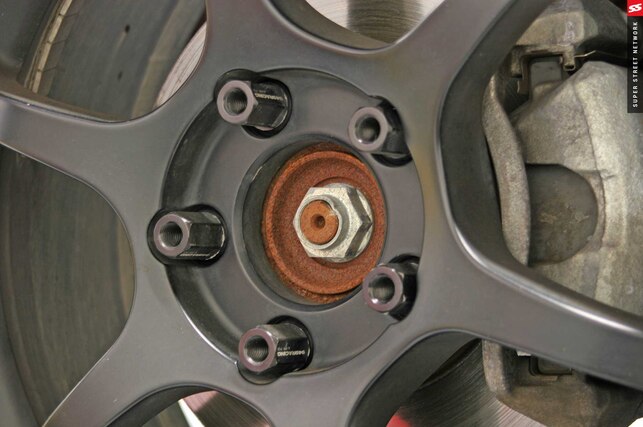 Chances are, if you're driving something that's as least as old as Justin Bieber, it's got hub-centric wheels, which means your car's hubs have extruded rings on them that interface with whatever wheels you've got. The results are less vibration and less stress on a wheel's mounting studs.

Fuhgettabout using non-hub-centric wheels, but don't beat yourself up over wanting to use aftermarket wheels with a different centerbore than your car's. Most aftermarket wheels are designed with centerbores the guy who made them knows are bigger than what your car needs; a cheap set of ring adapters that slip onto your hubs and into your wheels is all you'll need to make everything right. 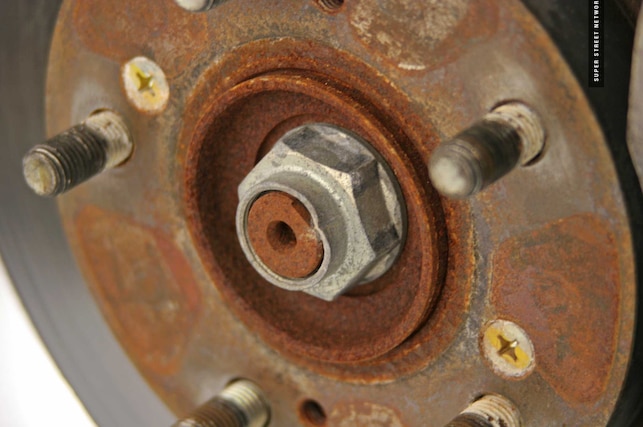 Photo 15/15   |   All modern cars feature some sort of raised lip on each hub designed to interlock with its wheels' centerbores, absorbing much of the load that would otherwise be transferred onto the studs.
View Photo Gallery (15) Photos 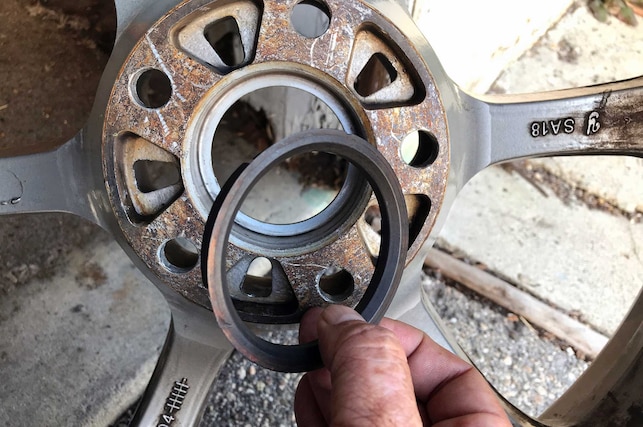 Photo 15/15   |   Most aftermarket wheels' centerbores are bigger than whatever your car needs. Here, a plastic ring adapter can be slipped into place to make up the difference.
View Photo Gallery (15) Photos

The late 1990s have come and gone, which means you probably aren't trying to stuff 19s onto your Civic hatchback and you understand smaller, lighter wheels are almost always better. Stick to a diameter that's close to what you've already got and you can be sure whatever wheels you're eyeballing will probably fit. Downsize too much and plan on investigating whether or not all sorts of important things, like brake calipers for example, will survive. Photo 15/15   |   It's the height of the tires you really care about. Stepping up to a larger wheel, so long as you choose a tire with a smaller aspect ratio, will yield the same sort of overall height. It's called plus sizing, and it's the art of increasing wheel diameter without changing the tires' overall outer diameter or circumference in order to not bungle up important things like your speedometer or traction control system.
View Photo Gallery (15) Photos

If you care about the right sort of things, then trying to fit a wider wheel into place is important to you. Wider rims can provide better stability and handling and even allow for more communicative steering. Getting them to fit isn't as glamorous sounding. Before you can go on and slap on anything wider than what you've got, though, you have to understand offset.

The consequences of botched-up measurements are wheels that'll bump up against shocks or brake calipers, torque steer, and overall cruddy handling. The path to doing it right starts with knowing your original wheels' offset. 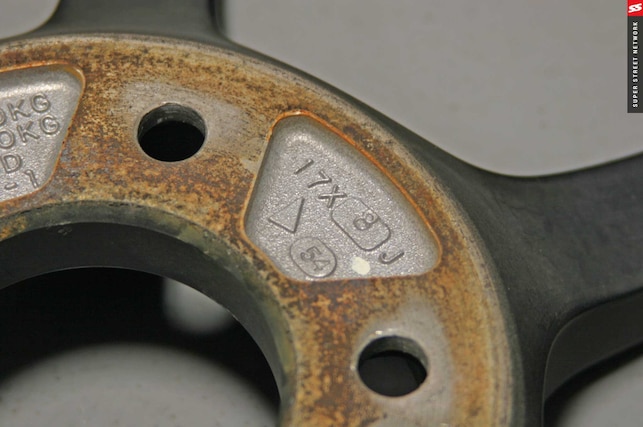 Photo 15/15   |   Most wheel manufacturers mold, stamp, or etch the information you need someplace onto the wheel's backside. Here, notice that we're looking at a 17-inch-diameter wheel that's 8 inches wide and has an offset of 54 millimeters.
View Photo Gallery (15) Photos

A wheel's offset is simply the distance between its centerline and its hub-mounting surface. It determines where the wheel sits, laterally, its track width, how your suspension reacts vis-?-vis its motion ratio, and, when bungled up, can make a good car look ridonculous and an otherwise well-handling one steer like a sea vessel. Offset is typically expressed in millimeters and can be categorized three ways:

Positive: Here, the wheel's hub-mounting surface sits closer to its outboard side. The larger the number, the farther a wheel's mass gets pushed underneath the car, reducing the overall track width. Most FWD cars have positive-offset wheels, which creates a negative scrub radius up front and affects how well it'll handle, how stable it'll feel, and is the first thing that gets screwed up when jerking around with the wrong wheels.

Negative: A wheel with an offset less than zero positions its hub-mounting surface closer to its inboard side, giving the illusion that the wheel's been moved away from the car and increasing track width. The smaller the number, the farther away the wheel's mass will sit. Many RWD cars have negative-offset wheels.

Zero: Here the wheel's hub-mounting surface aligns with its centerline in mathematical bliss.

If you're considering significantly wider wheels, then chances are their offset's got to be reduced in order for them to clear the stuff you care about. A reduced offset positions the wheel's hub-mounting surface farther inward, placing the bulk of the wheel farther outward. If you didn't change anything, then half of the wheel's extra width would land underneath the fender and probably interfere with something it shouldn't. 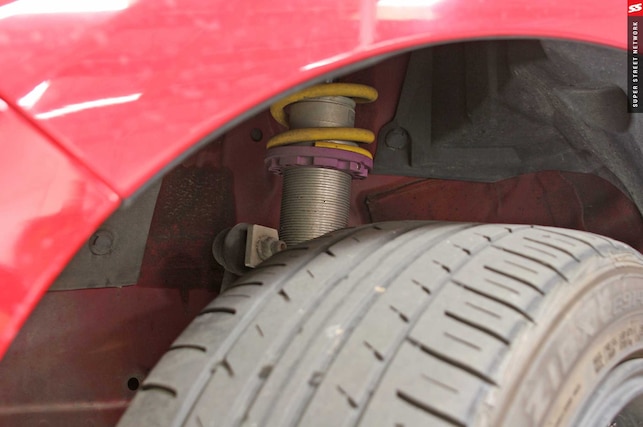 Photo 15/15   |   Get the wrong offset and all of a sudden tires are hitting all sorts of important things, like shock bodies and fender linings.
View Photo Gallery (15) Photos

The consequences of your botched-up measurements are wheels that'll bump up against shocks or brake calipers, torque steer, and overall cruddy handling. The path to doing it right starts with knowing your original wheels' offset.

According to Eddie Lee of Mackin Industries, excessive negative offset can be a real pain. "Strain on hub bearings, improper handling and driving characteristics, rubbing, and noise" are all side effects Lee points out as consequences of straying too far away from your car's recommended offset. Get it right, though, and according to Lee, you'll improve grip, handling, and high-speed stability. "Just like when you shop for shoes for yourself," Lee points out, "if you don't get the right size and sole for your feet, it can make a big difference." 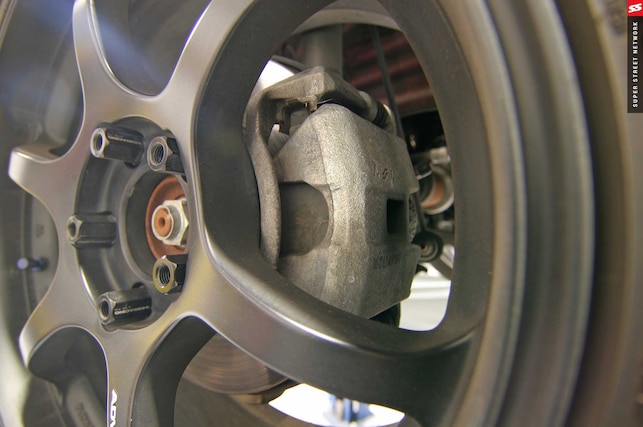 Photo 15/15   |   A wheel's offset as well as its overall diameter and shape determine whether or not it'll clear whatever brake calipers you've got.
View Photo Gallery (15) Photos

Know What You're Working With

Before you can do anything, you've got to know your existing wheel's width, backspacing, and centerline. Start by measuring the width or just look for some numbers stamped onto the back of the wheel someplace.

Next, lay the wheel face down on the ground, lay a straight edge across it, and measure the distance between the wheel's hub-mounting surface and the bottom of the straight edge. You've just determined backspacing. Divide the wheel's width in half and you've figured out its centerline. Offset is simply backspacing minus the centerline, which in some cases may be a negative number. 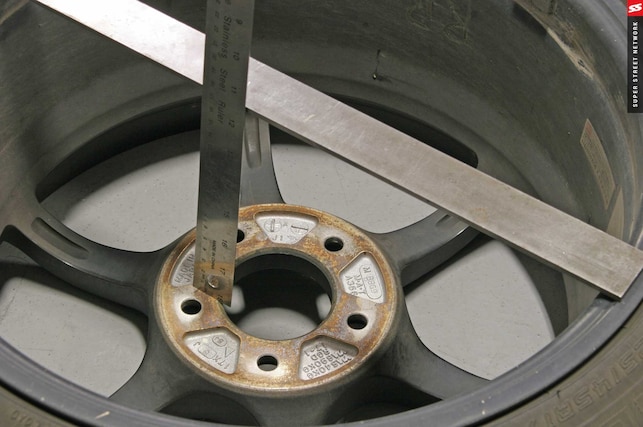 Photo 15/15   |   Measuring offset is easy. Start by laying a straight edge across the rim's backside and measure the distance between its bottom edge and the wheel's hub-mounting surface.
View Photo Gallery (15) Photos

Once you know your original wheels' offset, you can determine what else might fit. Mount the wheel back onto the car and measure the distance between the tire and whatever it might hit, like a suspension member, for example. Keep in mind that only half the width of whatever new wheel you're considering has to fill that space, so you might have more room than you think.

If you don't have any extra space, consider reducing offset to push the wheel away from the suspension. In other words, say you've got an inch of clearance between the wheel or tire and, say, an upper control arm. It'll take a wheel 2 inches wider to smack up against that arm. Before finalizing anything, know that not all tires are the same, despite their sharing the same advertised size, which means it'll do you well to budget an extra 1/8 inch into your calculations for any irregularities.

Bolt patterns, offsets, and widths are absolute, but sometimes trial and error is the only thing separating you and a wheel that's bound to bungle up a fender. Suspension changes that occur upon travel and tire sidewalls that flex mean clearances aren't fixed. Hope lies in you measuring properly and, if all else fails, adding another quarter-inch for good measure. 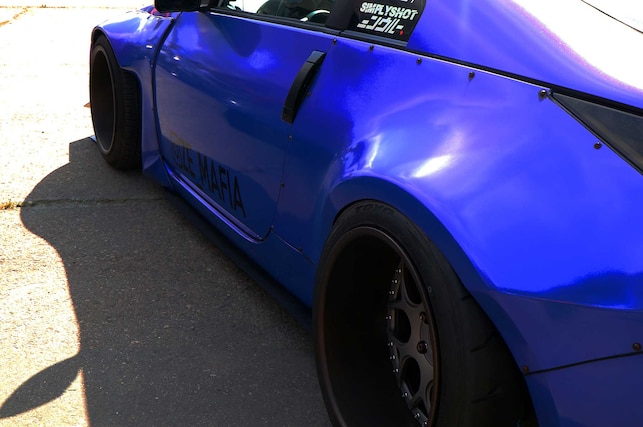 Prepping & Painting Your Car – Tricks of the Trade
SuperStreetOnline how to 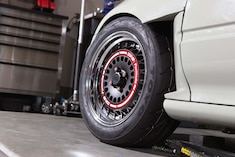 We hit a major milestone in Part 11 of the Project K24 5th gen. Civic VX build, with the K-series finally swapped, axles installed, and a new wheel and tire package to make her a roller.