The Miata Articles - Build Log
In stock form the Miata is slow, has a washy suspension and brakes to match. Fortunately, we have the aftermarket to fix that.
Luke Munnell – Oct 10, 2011
SuperStreetOnline
SuperStreetOnline Magazine
how to

SuperStreetOnline how to
Project Miata: Part I
As you can tell, cars are a very big part of my life. For 360 days of the year, I am either writing about a car, buying a car, selling a car or working on a car. On the day I was supposed to be writing about a car I was cruising my favorite Web site recycler.c
Robert Choo – Feb 26, 2004 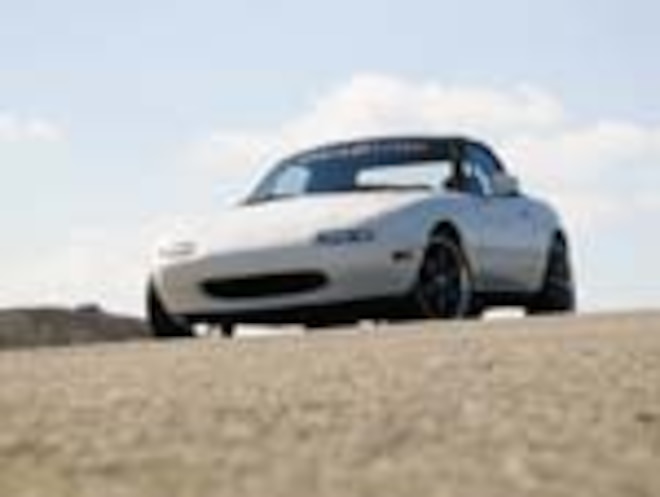 Project Miata Generation I: Part VII
It's been a long time since you've seen Project Miata. There's a string of logic longer than this story explaining why it's been several years since this car's last appearance. We'll spare you the gory details.
Sep 16, 2003
SuperStreetOnline
SuperStreetOnline Magazine
how to

Project Miata Gen 2: Part 1
What on Earth would possess someone to drive a Miata on a warm summer's day? Any dermatologist worth their salt will tell you to avoid direct and prolonged exposure to sunlight for fear of developing one of a nasty variety of epidermal assaulting diseases. Not
Shiv S. Pathak – Jul 16, 2002
SuperStreetOnline
SuperStreetOnline Magazine
how to

Project Miata Gen 2: Part 2
That's right, we can pontificate all we want about how enjoyable it is to drive our lovely emerald green Miata along the serpentine roads of Pacific Coast Highway, but it's still one of the least potent cars in our project car fleet.
Shiv S. Pathak – Jul 16, 2002
SuperStreetOnline
SuperStreetOnline Magazine
how to

Project Miata Gen 2: Part 3
One of the nicer things about Miatas is their sheer ubiquity. For a magazine project car, the ability to blend into its surroundings is a welcome trait. After all, driving a car that is constantly yelling "Look-At-Me!" tends to bring its share of speeding tick
Shiv S. Pathak – Jul 16, 2002
SuperStreetOnline how to
Project Miata Gen 2: Part 4
It's been awhile since the last installment of Project Miata Gen II. "Why the delay?" you ask. Simple. Our car was stolen.
Shiv S. Pathak – Jul 16, 2002