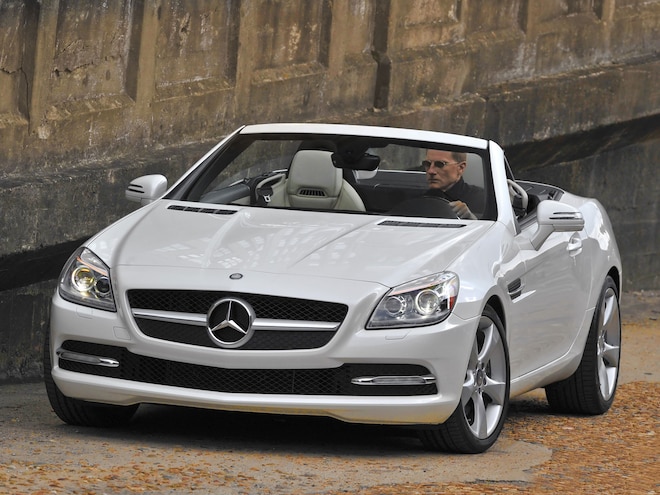 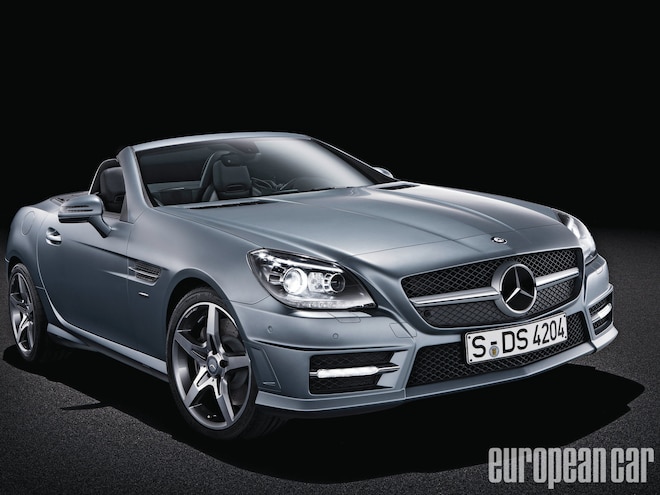 2012 Mercedes-Benz SLK Roadster - Web Exclusive
The new roadster presents the world premiere of the panoramic vario-roof with Magic Sky Control, which switches to light or dark at the touch of a button.
Jan 13, 2011
European Car
European Car Magazine
features

Väth V58 Mercedes Benz SLK - Wrath Child
Germanic tuner Väth turns up the flame on the diminutive SLK
Nick Hall – Aug 4, 2010
European Car features
Mercedes-Benz SLK Roadster - On The Line
Mr. Rogers' Mercedes HybridDriving The Ultimate Capitalist ToolIf you could do anything in the world, what would be your ultimate adventure? Jim Rogers answered that question with a three-year, 152,000-mile odyssey traveling through 116 countries. He and companion Paige Parker drove a specially buil
Apr 18, 2007

European Car features
The Perception of Automotive Gender - Resonator
About this time last year a slew of AMG Mercedes came through the office. All of them were incredible cars: powerful, luxurious, meticulously assembled and ridiculously expensive. At the end of the loan term, after logging considerable seat time in each model, I found myself most impressed with the
Sep 8, 2006

Mercedes SLK55 AMG
The SLK55 AMG has yet to go on sale in the UK, but Mercedes has already commenced the marketing effort by letting a modified version of its beast loose as the Safety Car at the British Grand Prix.
Nov 1, 2004
THE END. CHECK BACK LATER FOR MORE CONTENT.