Honda Tuning’s Project K24 Civic VX Pt. 12: Fuel & Monitoring
In the last update on Honda Tuning’s Project K24 Civic VX, I worked on getting the engine and transmission bolted in place along with its axles and a new wheel and tire package. It’s definitely starting to look like a car again after I’d completely torn it down for paint and bodywork a little over
Rodrez – Feb 5, 2021
SuperStreetOnline
SuperStreetOnline Magazine
features

Subaru Flat 12-Cylinder F1 Racing Hopeful
Super Street: Sounds pretty incredible, right? Who wouldn’t be interested in seeing what could be created with a giant blank check to support a flat 12 with individual throttle bodies and as much technology as Motori Moderni could pack into it for competition use? More importantly, why haven’t you heard about this 12-cylinder marvel prior
Benjamin Hunting – Feb 4, 2021
SuperStreetOnline
SuperStreetOnline Magazine
features

500HP-Plus BMW 135i Race Car with License Plates
It is true that zee Germans know a thing or two about high performance, and not just adding at the factory a few additional horsepower, or slightly stiffer chassis bits, or mild aero to an otherwise mundane base platform. We’re talking about significantly rare cars that come with real muscle and athleticism; about cars with
Bob Hernandez – Feb 3, 2021
SuperStreetOnline features
Behind the Scenes of JDM Parts Manufacturer 326POWER
Founded by legendary D1GP drifter Mitsuru Haruguchi, 326POWER is an aftermarket parts producer that is just as colorful as it is creative. Despite its demure exterior, the brand’s unassuming warehouse and the building adjacent to it are home to some of the automotive world’s wildest color combos. That, and a handful of builds that are
Micah Wright – Feb 2, 2021 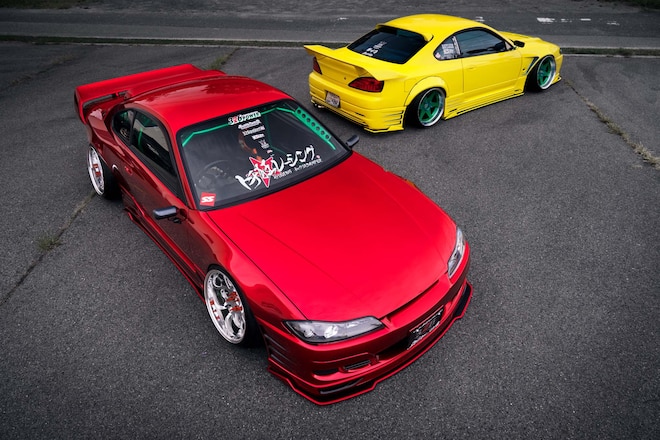 SuperStreetOnline features
Visionary: Our Favorite Vision Gran Turismo Cars So Far
Our recent story on car builder Daniel K Song’s Varis widebody Toyota GR Supra, and in particular something he said about getting inspired by the concept cars that came out of Polyphony Digital’s Vision Gran Turismo project, motivated us to check in with the program. We hadn’t realized more than seven years have passed since
Bob Hernandez – Feb 1, 2021 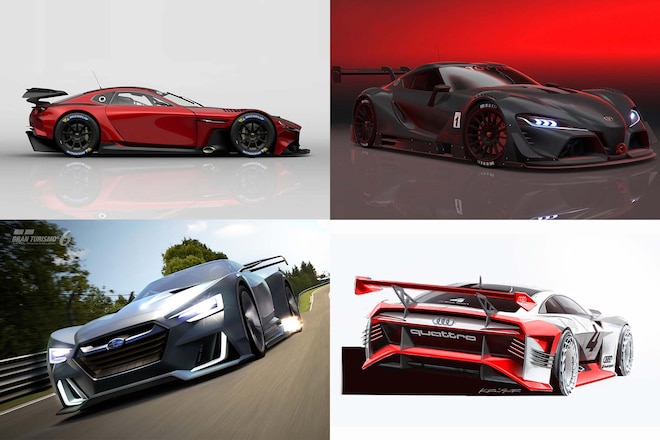 Small But Mighty: Bite-Sized Yaris Packs a 500WHP-Plus Punch
From the outside, there’s nothing particularly appealing about A to B commuter-friendly cars like a 2010 Toyota Yaris. Their main purpose is to appeal to the masses in search of good gas mileage, dependability and a low sticker price. Much like base model Civics, Sentras and Tercels of yesteryear, they serve as an excellent first
Rodrez – Jan 30, 2021
SuperStreetOnline
SuperStreetOnline Magazine
features

Layer & Depth: The DRVNmind x TRMNLracing Varis Supreme 90 Widebody GR Supra
Do not adjust your screen. If you have a feeling like you’ve been here before – like you’ve already seen builders Daniel K Song and Jonny Grunwald collaborate on a Toyota GR Supra once previously – you’re not wrong. These two friends and teammates joined forces just a couple of years ago to assemble an
Bob Hernandez – Jan 29, 2021
SuperStreetOnline
SuperStreetOnline Magazine
features

1975 BMW 2002 Turbo - Not All Hiros Wear Capes
Hironori Koga, owner and builder of this 1975 BMW 2002, is no stranger to Super Street, having been featured on the cover of the February 2017 issue with a 600hp S13. Soon after that feature, he began working on his restomods Bimmer, which he managed to keep a secret until its debut at Wekfest 2019.
David Ishikawa – Jan 27, 2021
SuperStreetOnline
SuperStreetOnline Magazine
features

TOM’S Racing Toyota GR Yaris
We’ve produced multiple, juicy nuggets of content based on the release of Toyota’s “mini but mighty” GR Yaris and we’re not alone. It seems the globe is completely enamored with the lil’ guy, and what’s not to like? It sports a traditional 3-door hatchback style that most everyone seems to prefer over modern day 5-door
Rodrez – Jan 27, 2021
SuperStreetOnline features
Super Street’s Top 10 JDM Toyota Feature Cars of All Time
As the world’s second-largest automobile manufacturer, Toyota in the last handful of years has seemingly reaffirmed its commitment to making fun cars for enthusiasts while trying to satisfy every other kind of vehicle user. They made their Japanese motorsports arm Gazoo Racing an international household name with the return of the Supra in 2019, and
Bob Hernandez – Jan 26, 2021 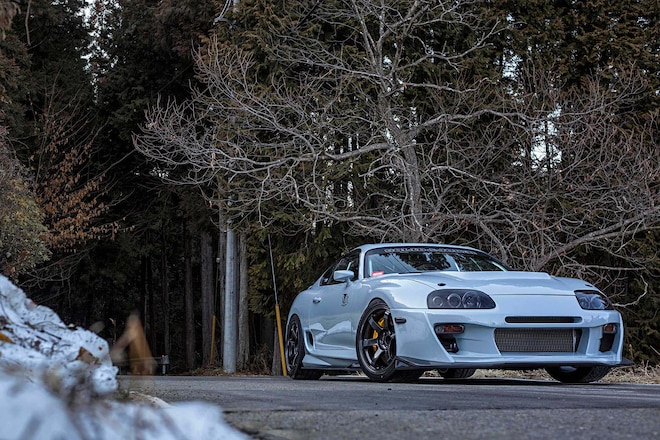 SuperStreetOnline features
Japanese Classics’ In-House Built, Autech SR20DE 1966 Datsun 1600
There are quite a few interesting details about this 1966 Datsun 1600, built by Japanese Classics LLC, which debuted at SEMA 2019 and caught our attention, along with thousands of others that made their way through the crowded halls and to the Fortune Auto booth. Sure, you can point out the chopped windscreen, unique green
Rodrez – Jan 25, 2021 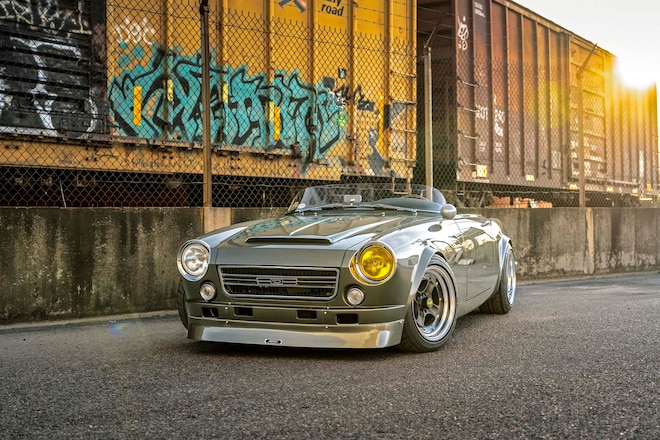 SuperStreetOnline features
Official: The Volkswagen Golf Has Been Discontinued in America
We heard rumors back in the spring of 2019, right around the time the Golf SportWagen and Alltrack wagons were discontinued, but now we’ve gotten the official word: The Volkswagen Golf hatchback’s nearly-50-year run in the U.S. has come to an end. The Puebla plant cranked out its last North American-bound 2021 Volkswagen Golf last week, and once the supply
Aaron Gold – Jan 25, 2021 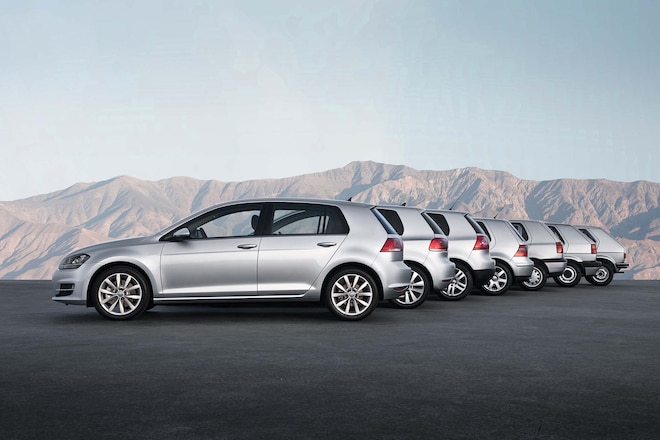 2021 Virtual Auto Salon Highlights
The show must go on, as they say, and so that’s exactly what organizers of the much-loved annual Tokyo Auto Salon did, taking the 3-day event that usually happens in Chiba’s Makuhari Messe convention center and translating it (metaphorically, not literally; it was still largely in Japanese) into both streaming video and 3D. Auto Salon
Bob Hernandez – Jan 20, 2021
SuperStreetOnline
SuperStreetOnline Magazine
features

Patent Images of the Upcoming 2022 Nissan “400Z”
Super Street: Anytime we talk about a vehicle prototype, the overwhelming response, once some of the initial smoke has cleared (and people are done cursing out the manufacturer and demanding that their design team be fired immediately), centers heavily on claims that the production car will look nothing like the demo car. In some cases,
Rodrez – Jan 20, 2021
SuperStreetOnline
SuperStreetOnline Magazine
features

Homebuilt Klasiko 1972 JDM Nissan Skyline Hakosuka x Pogi 1972 Toyota Trueno
You know the name Joel Tan (@jt_built) from his wildly popular SR20DET-swapped, ‘40s-era Willy’s Jeep that mingles among the top of Super Street’s most popular feature cars of all time, and we expect his 1972 Nissan Skyline GT-R and Toyota Trueno of the same birth year will also have a lasting impression. Both cars feature
Rodrez – Jan 19, 2021
SuperStreetOnline
SuperStreetOnline Magazine
features

Increased Horsepower and Torque from the Mighty AWD Toyota GR Yaris
The “most powerful 3-cylinder in the world,” applied to Toyota’s much talked about GR Yaris still sounds a little strange when you hear it, but you can’t deny the nasty 250+hp and over 260 lb-ft. of torque that are delivered through an eager AWD system, all packed into a relatively lightweight (by modern hatchback standards)
Rodrez – Jan 18, 2021
SuperStreetOnline
SuperStreetOnline Magazine
features

Time-Attack HKS GR Yaris vs. Tsukuba Circuit
As if to pour a little salt into the wound that the hottest hatch in ages, the AWD Toyota GR Yaris, is not being brought to North America, the interwebs has begun to conspire against us by teasing us with modified versions from some of the biggest tuners in the biz. In December, those sneak
Bob Hernandez – Jan 15, 2021
SuperStreetOnline
SuperStreetOnline Magazine
features

GT-R Importers Craft Sports JDM Opens Dealership in Florida
Wouldn’t it be cool if you could just go to a local dealership to buy a JDM hero car? Well, if you live in or around the Naples area in south Florida, that is now a reality. Craft Sports, the Nissan Skyline and GT-R specialty store and dealer that started in Gunma, Japan, recently opened
Bob Hernandez – Jan 14, 2021
SuperStreetOnline
SuperStreetOnline Magazine
features

TAS 2021 What Would Have Been: Garage Active Dry Carbon R32 GT-R, Overlanding Honda Fit e:HEV Crosstar
As we head into the last week before Japan’s Virtual Auto Salon – the online replacement for a COVID-cancelled 2021 Tokyo Auto Salon – the internet giveth a couple more sneak peeks of what’s to come. Honda unveiled teasers of two “fun” builds it has up its sleeve (as is sort of par for the
Bob Hernandez – Jan 13, 2021
Load More THE END. CHECK BACK LATER FOR MORE CONTENT.