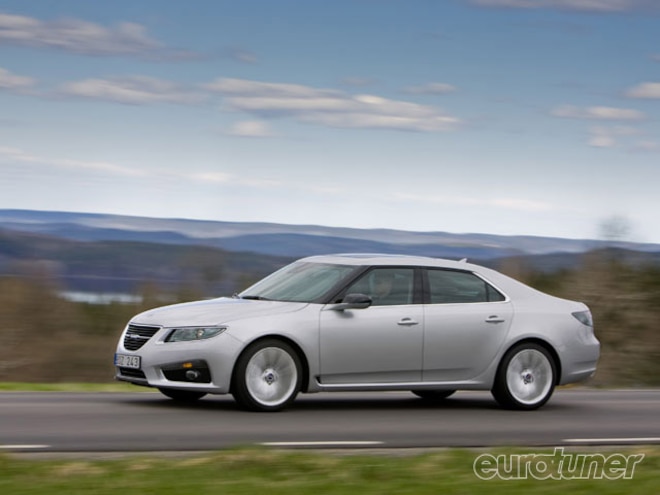 2001 Saab Aero Wagon Part 3: Update
It is normally my habit, when cars display hardly a drop of sporting blood in their veins, to hate them passionately. Much to my surprise is it then that I rather like this Saab. I suspect the engineer in me is calling this shot, and he can't help but respect,
Dan Barnes – Jul 30, 2002
European Car
European Car Magazine
cars

2001 Saab Aero Wagon Part 4: Update
Notes from a vacation: When we inducted the 9-5 Aero Wagon into our long-term fleet, we expected that its utility would be a primary draw. And so it was when I signed it out for the family's trek to Lake Tahoe.
Greg N. Brown – Jul 30, 2002
European Car cars
2001 Saab Aero Wagon Part 5: Update
It was 9 a.m., exactly two hours after I'd wanted to depart for a morning surf session and a day at the beach with the family. A couple of hours may not sound like much, but it's the difference between beating the crowds and catching wave after glassy wave, th
Jul 30, 2002

European Car cars
2001 Saab Aero Wagon Part 6: Wrap-up
The earth shook with such violence the ground itself became liquefied, swallowing a pair of Bighorn sheep before they had time to bleat with terror. The deadly stench of hydrogen sulfide dropped birds from the sky as the earth bulged like a bursting balloon. A
Jul 30, 2002

European Car cars
2001 Saab Aero Wagon Part 1: Intro
Blind dates can be scary, especially when a friend orchestrates the meeting. So, when Editor Brown suggested I drive a new Saab 9-5 Aero wagon across the country, from the southern tip of Florida to our offices in SoCal, the warning bells went off. I'd never s
Jul 29, 2002