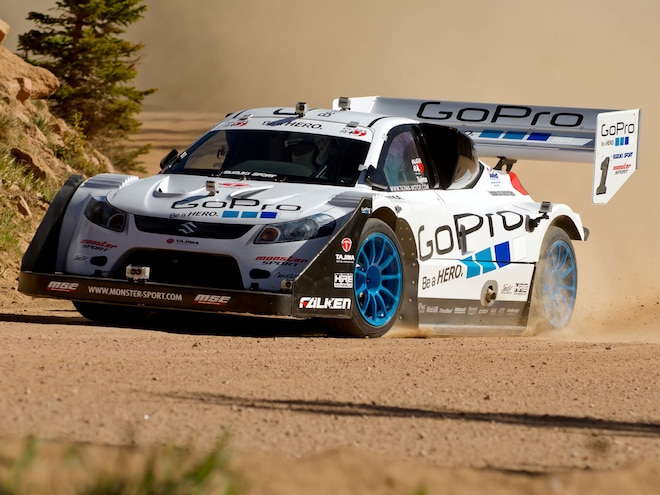 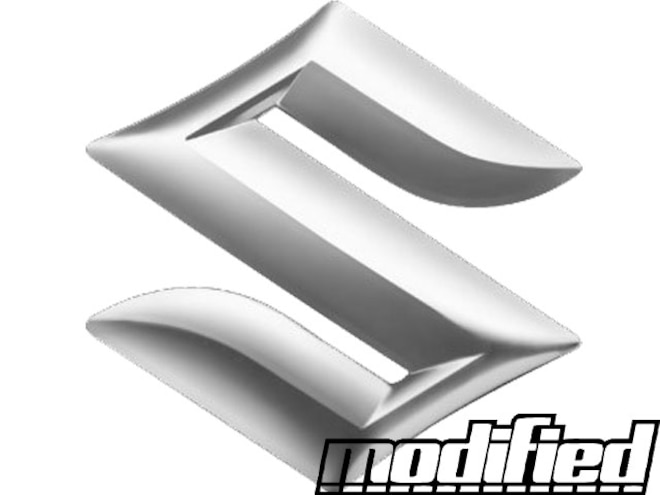 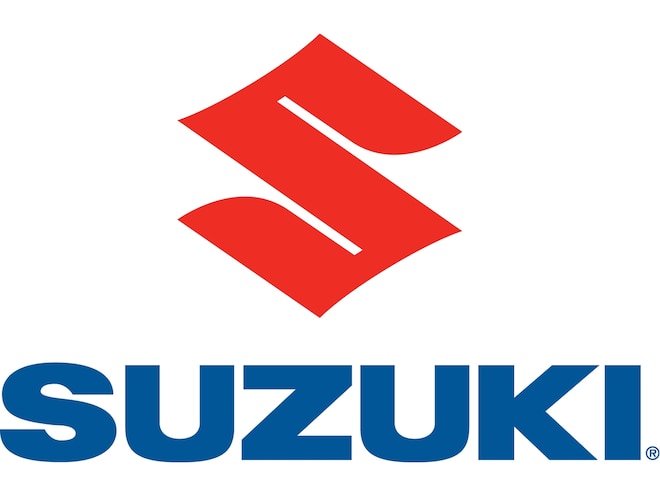 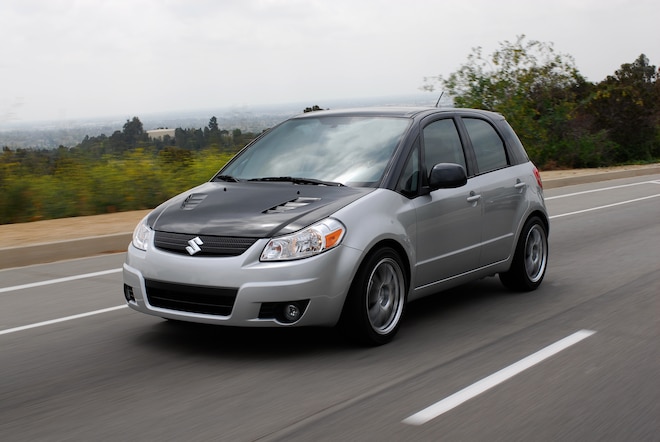 SuperStreetOnline features
Dear Dave - Your Questions, His Answers
Piston SwappingI learned a lot from your answer in the October 2006 issue, where you calculated the change in head gasket thickness to lower the compression on an S2000. I've tried the same formulae to try and figure out high compression pistons for my Suzuki Swift GLX.
Dave Coleman – Mar 1, 2007

The Sneak Peaks - Four One One
Box O' Fun: '03 Suzuki Aerio SXYou probably know Suzuki best as the maker of hot sport bikes that whiz past you on the interstate while you lamely await traffic to clear. But Suzuki also makes cars-until now, not very interesting ones, but cars nonetheless.
Nov 1, 2003
Import Tuner
Import Tuner Magazine
features

Hayabusa - Tunerology
As I mentioned last issue, at the end of a recent Suzuki Aerio test drive, the Suzuki staff had a big treat for us. I know a wide variety of sport-bike owners are also in the import scene and, realizing this, I assume most of you know what a Suzuki Hayabusa is. For those of you that are still cluele
Jul 1, 2002
Import Tuner
Import Tuner Magazine
features

Suzuki Aerio - Initial Timing
It's no secret that project vehicles are generally the number one cause of hair loss and severe posterior cramping among young performance enthusiasts. Taking on the task of transforming any given vehicle is always an exciting prospect as visions of its completed stance, in mild form as it always is
Jun 12, 2002
THE END. CHECK BACK LATER FOR MORE CONTENT.