2020 Toyota Supra Tests Yokohama ADVAN Apex V601
Tires are the most important investment you can make when it comes to your safety and car's performance. There's a lot of factors that go into choosing the right tire, some of which may matter to you more than others
Sam Du – Jul 13, 2020
SuperStreetOnline
SuperStreetOnline Magazine
how to

2020 Toyota Supra: To Go Custom 20-Inch BBS Or Not, That Is The Question...
Sam has been itching to change things up on his Supra for awhile. Lucky for him, he got the chance when AR Motorwerkz called asking if he could help test fit a custom set of 20-inch BBS LM wheels.
Sam Du – Jun 17, 2020
SuperStreetOnline
SuperStreetOnline Magazine
how to

Project Update - Toyota Celica GT-S
After four years, several police stops and 25,000 miles, the Celica GT-S long-term project vehicle Turbo acquired from Toyota has held up much better than we imagined. This arrest-me-red cruiser has put up with the dredge of daily driving and soaked up the burning sun from being parked outdoors, and
Staff Report – Sep 13, 2006
SuperStreetOnline how to
Bigger Wheels,Tires And Brakes - Project Supra Part 5
Bigger Wheels,Tires And Brakes - Project Supra Part 5
Nov 1, 2004

SuperStreetOnline how to
Project Suprasonic: 1995 Toyota Supra
It's obvious why Turbo is doing a project on the Toyota Supra. When the fourth-generation Supra was released in the United States more than a decade ago, the car was well ahead of its time. It has a rock-solid, sequentially twin-turbocharged engine pumping out
Pablo Mazlumian – Jan 24, 2004 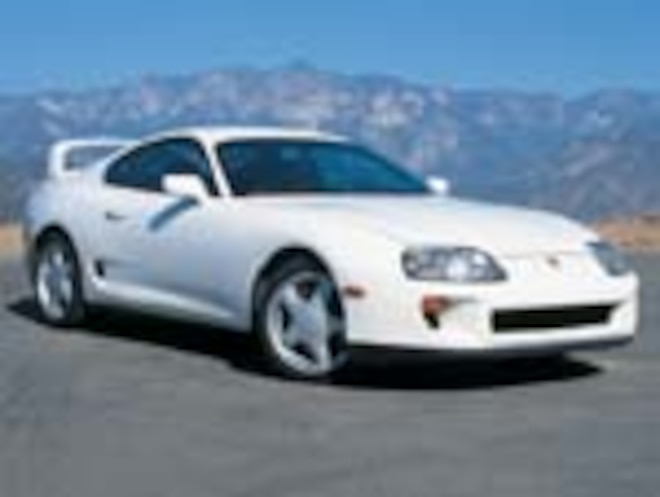 Install Brake Stuff
As of late, the Celica has been feeling very sad because of the lack of love it’s been getting from the aftermarket world. Even the Toyota Racing Development guys know that
Ricky Chu – Apr 1, 2002
SuperStreetOnline
SuperStreetOnline Magazine
how to

Toyota Solara Project, Part 3
We now rejoin our Project Solara toward the end of its time with us. Tearfully anticipating the day it leaves our care, we took the car to Performance Products in Van
Bryn MacKinnon – Jun 1, 2000
THE END. CHECK BACK LATER FOR MORE CONTENT.